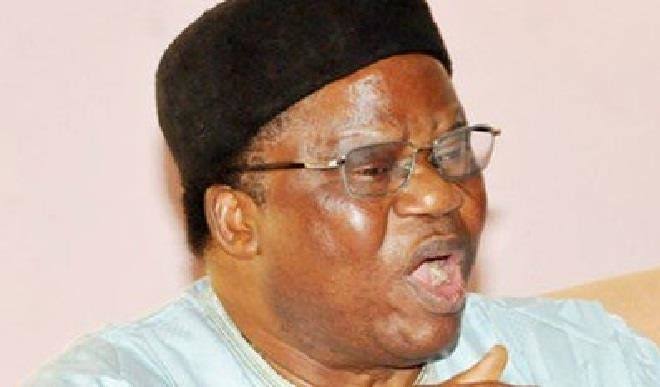 President Muhammadu Buhari has expressed grief at the passing of his longtime ally, friend, political loyalist and former Minister of Information and Culture, Prince Tony Momoh.

Reacting to the passage, President Buhari said Prince Momoh stood with him through thick and thin, saying that his brand of loyalty is very rare in today’s politics.

In a statement by the Special Adviser to the President on Media and Publicity, Mr. Femi Adesina, President says he will miss him greatly.

The President recalled that as chairman, Media and Publicity of the All Nigeria People’s Party, ANPP, Campaign Organisation in the 2003 and 2007 elections as well as Chairman of the Congress for Progressive Change (CPC), the late Auchi Prince contributed in no small measure to the growth and strengthening of the organisations, leading to the eventual formation of the All Progressives Congress, APC.

President Buhari commiserates with the media industry on the loss of a veteran, whom he notes put in a lot to raise the bar of the profession in various ways as editor, manager, administrator, President and Trustee of the Guild of Editors, and urged media practitioners to sustain his legacies.

While also condoling with the Auchi Kingdom, the government and people of Edo State on this great loss, the President prays that God will grant the departed eternal rest and comfort family, friends and political associates in this period of grief.

The Governor of Lagos State, Mr. Babajide Sanwo-Olu has described the death of former Minister of Information and Culture, Prince Tony Momoh, as a colossal loss to Nigeria and the ruling party, the All Progressives Congress (APC).

In a condolence message signed by his Chief Press Secretary, Mr Gboyega Akosile, Governor Sanwo-Olu said the death of the elder statesman, politician and journalist was painful and heartbreaking.

He urged family, friends and colleagues of the deceased as well as leadership of the All Progressives Congress to work towards immortalising the late Momoh, who stood for and advocated a better Nigeria during his lifetime.

Governor Sanwo-Olu said the country would sorely miss the rich experience and knowledge of the former Daily Times Editor and ex-National Chairman of the defunct Congress for Progressives Change (CPC), especially his contributions to national issues through politics and his editorial contents.

He said: “The death of Prince Tony Momoh is a great loss to Nigeria. The late Momoh made lots of positive impact in Nigeria during his life time as a journalist, media manager, lawyer, politician and elder statesman.

“As Minister of Information and Culture between 1986 and 1990 during the military regime of General Ibrahim Babangida, Prince Momoh served his nation meritoriously.

“As a democrat, he played active roles in the formation of various political platforms at the transition stage of Nigeria from military dictatorship to civilian rule. He led his former party, the Congress for Political Change (CPC) to form the APC with other political Parties and contributed positively to the party’s victories in the 2015 and 2019 general elections.

“I sympathise with President Muhammadu Buhari, the entire leadership and members of our party.

I also commiserate with the Government and people of Edo State on the loss of their illustrious son.

“I pray that God will grant him eternal rest and give the immediate family and friends the fortitude to bear the irreparable loss.”

……….We are saddened by his death…APC

The All Progressives Congress, APC, says it is deeply saddened by the death of the former National Chairman of the Congress for Progressive Change, CPC, one of the legacy political parties that metamorphosed into the governing APC, Prince Tony Momoh.

The party says the late Prince Momoh, a distinguished journalist, lawyer, the Yerima of Auchi, politician, publicist, author and a former Minister of Information and Culture, truly lived a storied life which will be a source of inspiration to present and future generations.

A condolence letter by the Secretary of the National Caretaker Committee of the party, Senator John Akpanudoedehe, describes the late Prince Momoh as a strong advocate for internal party democracy.