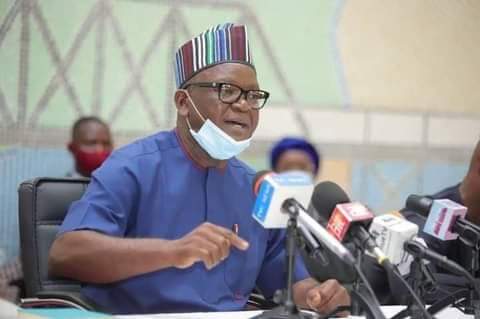 Benue State Governor Samuel Ortom has banned all appointees working in his administration from carrying out campaign activities for themselves or for others ahead of the 2023 elections.

Governor Ortom announce the ban while briefing newsmen on his latest covid-19 test which returns negative and other state issues at Benue People’s House, Makurdi.

He explained that for the past six and half years, Benue people have expressed commitment and love for his Government and deserve full service delivery from the appointees and not for them to be distracted by election matters.

The Governor who said the last two and half years of his Government would be used to ensure regular payment of salaries and improve on infrastructure directed the SSG Professor Tony Ijohor to communicate the decision to all appointees, saying those who flaunt the order would be made to resign.

Speaking on security, Governor Ortom called on the Federal Government to act fast in addressing the security challenges in the country, beginning with the arrest of all herdsmen bearing arms, stressing that they were the ones propelling crisis.

He Expressed delight that Benue was the first among states in the country to legislations to ensure the rule of law in Nigeria, citing the Open Grazing Prohibition and Ranches Establishment Law, the anti cultism law and others laws which are being copied by other states.

Governor Ortom maintained for example that the law banning open grazing have brought relative peace in the state, saying more than twenty thousand cows have been impounded and several herdsmen arrested and prosecuted for flaunting the law.

On Benue State clocking forty five Years, the Governor admitted that the state was yet to reach the level of growth that the people desire and assured that every stakeholder irrespective of political affiliation would be brought together to work for the progress of the state.#