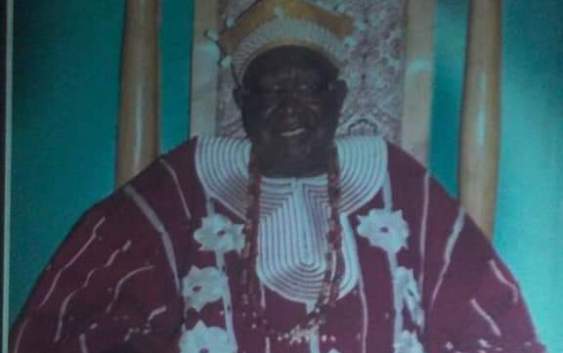 The Iralepo of Isinkan in Akure, Ondo state,  Oba Joseph Olu-Ojo has reported joined his ancestors.

Isinkan is in Akure South Local Government Area Of the state

One of the sons of the late monarch, Prince Dapo Ojo, said his father passed on in the early hours of Wednesday February  3, 2021.

Prince Dapo said: “Yes, Baba is gone. It happened early this morning. We thank God for his life which was well spent.”

The News Agency of Nigeria(NAN) reports that the late king ascended the throne on July 3, 1978, as the 37th Iralepo of Isikan.

The late Oba Olu-Ojo, who trained as a dispensary attendant in the General Hospital, Akure, was one of the pioneering employees of the health facility which was established in 1953.

Apart from serving as a dispensary attendant, the late monarch rose to the position of Chief Store Officer of the hospital after training in storekeeping in a school in Lagos.