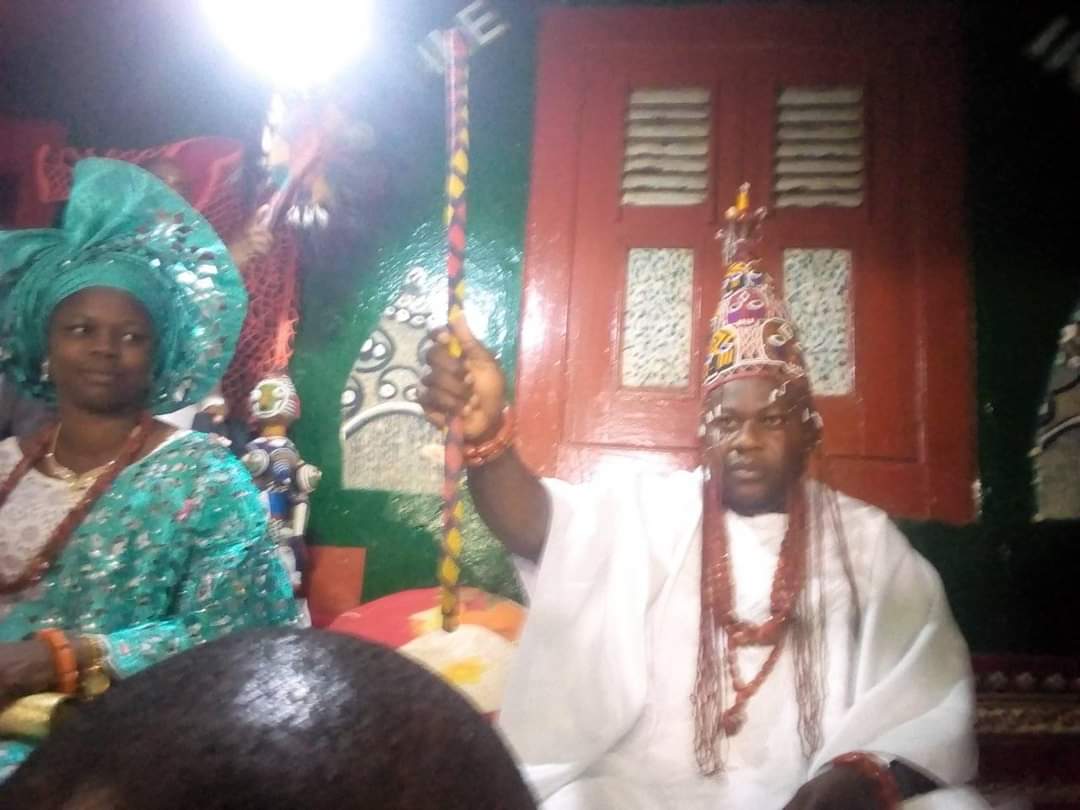 The new Owa-Ale of Ikare Akoko, His Royal Majesty, Oba Adeleke Adegbite-Adedoyin has been CROWNED in line with Ikare customs and tradition following his approval by Ondo state Government as required by the laws.

The traditional rites and crowning of the new monarch were performed by Kingmakers and traditional chiefs of the community including the Olona of Ikare, High Chief Rafiu Okunade; the Olokoja of Okoja, High Chief Idowu Ogunye; the Oniku of Iku, High Chief Mukaila Bello, the Olowu of Okorun, High Chief Aderemi Olowu among others.

Our correspondent who witnessed the traditional event held in the early hours of Saturday at Owa-Ale’s Palace, reports that Oba Adeleke Adegbite-Adedoyin changed into different beaded crowns brought from Ile-Ife by the founder of Ikare, Owa-Ale Agbaode in year 1384.

Addressing his subjects who filled the palace to capacity, the new Owa-Ale, Oba promised to defend the interest of Ikare for peaceful co-existence of all residents and rapid development.