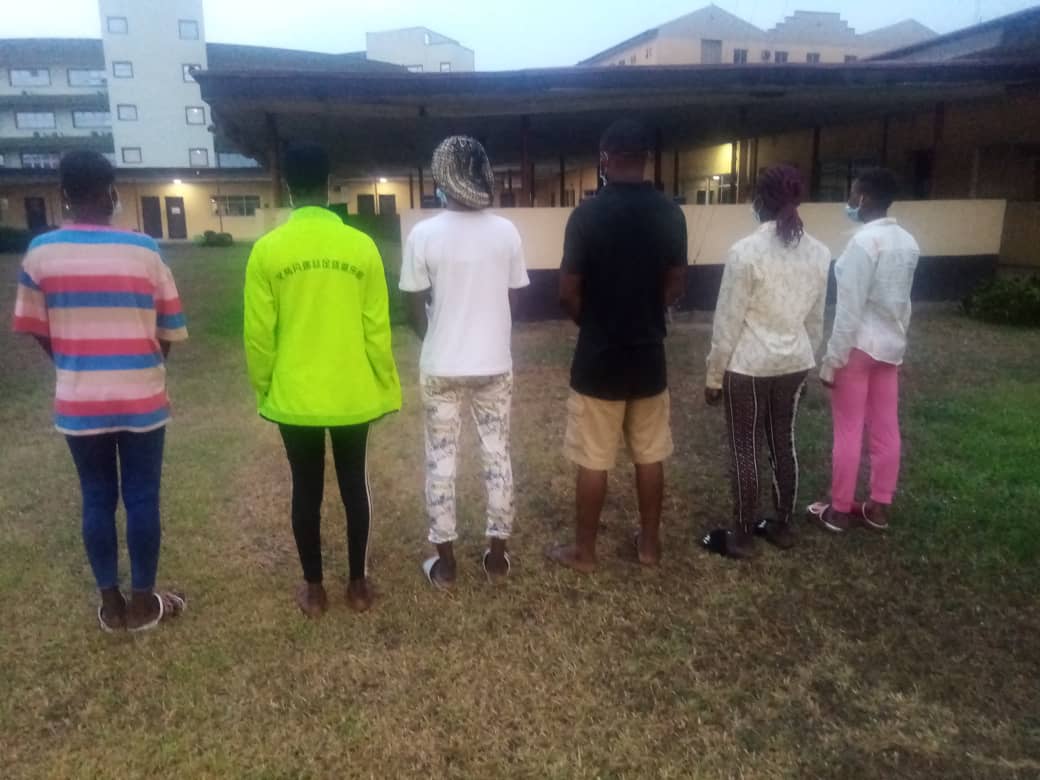 Officials of the Nigeria Immigration Service Zone A, Lagos Command, have prevented the trafficking of five youths aged between 17 and 21 to Ghana by a man from Anambra State.

The suspected trafficker and the five youths were handed over to the National Agency for the Prohibition of Trafficking in Persons, NAPTIP.

Handing over the six persons to NAPTIP, the Assistant Comptroller General, Nigerian Immigration Service, Zone A, Lagos Mrs. Doris Braimah said they were arrested around Owode road on their way to Ghana by men of the border patrol.

Mrs Braimah who asked traffickers to desist from such illegal trade or face the wrath, said it was no longer business as usual as men of the Service were on alert, whether on the road, sea or land.

The ACG who admonished parents to be careful the way they release their wards to unknown persons who promised them lucrative jobs abroad, urged them not to be enticed by such lies.

The Zonal Commander NAPTIP,  Mr Alan Aganran appreciated the ACG Imigration for the good work and synergy with them, pointing out that just two weeks ago, some victims of trafficking were also handed over to him by the immigration service command.

While promising to work even more closely and harmoniously with immigration, Mr Aganran stated that the two sets of traffickers received in a space of two weeks showed that those in the illegal trade were everywhere.

ACG Braimah who commended the Comptroller General of Imigration Muhammad Babandede for his passion to eradicate human traffking, said there was synergy between the Ecowas countries to see that trafficking was brought to zero percent.

Some Senior officers of the immigration service, Zone A and NAPTIP witnessed the handing over ceremony.