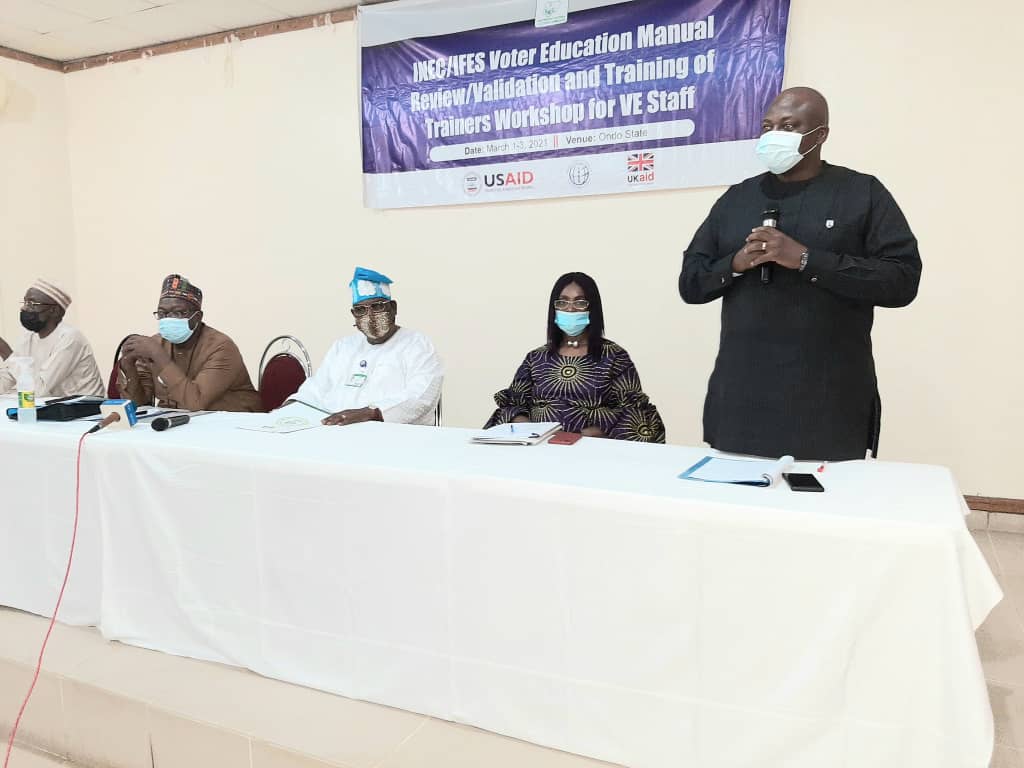 The Independent National Electoral Commission, INEC says efforts are being intensified to create more polling units for more eligible voters to participate in elections in the country.

INEC National Commissioner and Mr Festus Okoye made this known at the opening of a three day workshop on Voter Education Manual Review/Validation & Training of Trainers Workshop for Voter Education Staff of the commission holding in Akure, Ondo State capital.

Represented by the Director, Voter Education and Publicity, Mr Nick Dazang, Mr Okoye noted that it became imperative in view of enormous requests by stakeholders.

The National Commissioner noted that the commission had embarked on consultations with stakeholders on the need for more polling units.

In an opening remark, INEC Resident Electoral Commissioner in Ondo State, Ambassador Rufus Akeju said the workshop was part of the process towards ensuring that all eligible voters participate in future elections in Nigeria.

Ambassador Akeju added that the review, revalidation and training would reflect in the Continuous Voter Registration exercise in order not to disenfranchise any eligible voter.

The three day workshop is being attended by Voter Education State Officers from the Southeast, South South and Southwest of Nigeria.