Fire Destroys Property, Goods Worth Millions Of Naira In Oyo 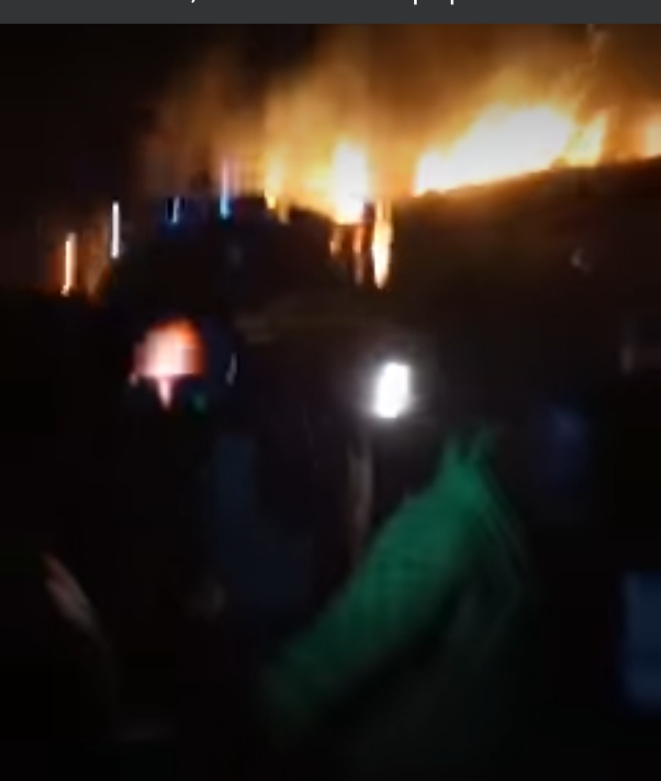 Property and goods worth millions of Naira have been razed by late night fire at Sabo Market Oyo town in Oyo state.

The inferno which started from a portion of the market around 10pm was said to have escalated to other parts of the market.

Some of the traders whose shops were affected were around, wailing and lamenting even as they made efforts to put out the fire.

Fire fighters later arrived at the scene  but much damage had been done to the property and goods in the market.