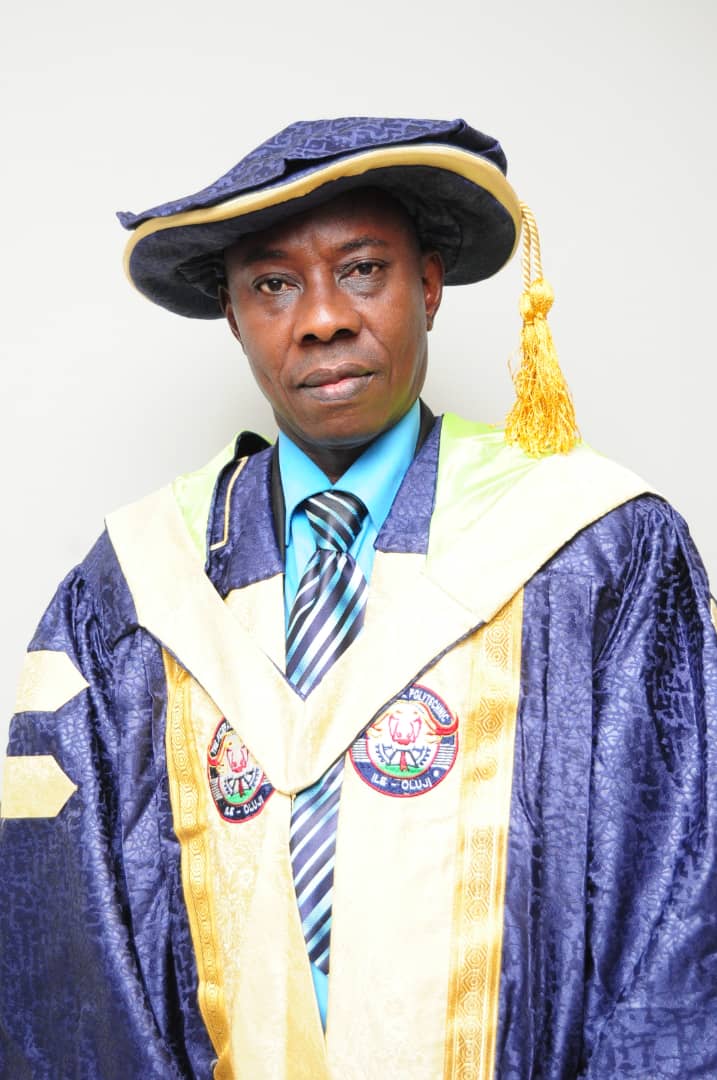 The incumbent Registrar of the Federal Polytechnic, Ile-Oluji, Ondo State, Mr. Ademola A. Bobola, has been appointed as the substantive Registrar of University of Benin in Edo State after a keenly contested selection process.

The entire Polytechnic Community received the news of his new appointment with applause and happiness, noting that it is well-deserved and a reward for diligence, hardwork and professionalism.

In his congratulatory message, the Rector of the Institution, Prof. Emmanuel Adedayo Fasakin, commended the feat of the outgoing Registrar, describing him as a team player and bridge builder with outstanding qualifications and versatile experience, and one who is ready to take on “any assignment or duties no matter how knotty”.

The Rector stressed that this new appointment would further broaden the horizon of the Registrar, saying his amiable mien, doggedness and positive energy would be greatly missed by the entire Polytechnic Community.

Mr Ademola Bobola became the second Registrar of the Federal Polytechnic, Ile-Oluji on 1st April, 2020. Prior to his appointment as Registrar in the Institution, he was Deputy Registrar/Ag. Director in the Directorate of Establishment and Human Resource at the Federal University of Technology, Akure (FUTA).

During his brief tenure in the Polytechnic, he has restructured the operations of the Registry for optimum service delivery and repositioned it for improved efficiency and professionalism.

He is a Fellow of the Institute of Corporate Administration (fica) and a Member of the Nigeria Institute of Management – Chartered (mnim) as well as a Member, Association of Nigerian Universities Professional Administrators (MANUPA).

He is a widely exposed technocrat with vast experience in the Administration of Higher Educational Institutions(HEIs), and is happily married. He is expected to resume duty at the University of Benin presently for his new assignment.

The Rector, on behalf of the Management, Staff and Students of the Polytechnic, wishes the outgoing Registrar “an outstanding success on his new job at the University of Benin, as well as in his future endeavours”.