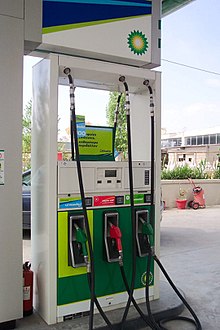 The Federal Government has assured the tripartite labour community of the organised labour, organised private sector and indeed all Nigerians that there is currently no increase in the price of Premium Motor Spirit, PMS.

A statement in Abuja by the the Deputy Director Press at the Ministry of Labour and Employment, Mr Charles Akpan says there will be no increase in the price of PMS for now, as discussions are still ongoing between government and the organised labour as well as other stakeholders in the matter.

The statement quotes the Minister of Labour and Employment, Dr Chris Ngige as saying that he had made contact with relevant authorities, the Federal Ministry of Petroleum Resources and the NNPC and wish to assure members of the public, especially the organised labour and workers that there is no such increase for now.

The statement explains that discussions are ongoing concurrently and that the next meeting between the Federal government and the organised labour will hold immediately after the Easter break.

According to the statement, the present attempt to hoist a fake information on the government and all its efforts runs against the ongoing discussions.

It therefore warns the insidious harbingers of such information not to portray government as cruel , irresponsible and unamenable to social dialogue and Collective Bargaining.