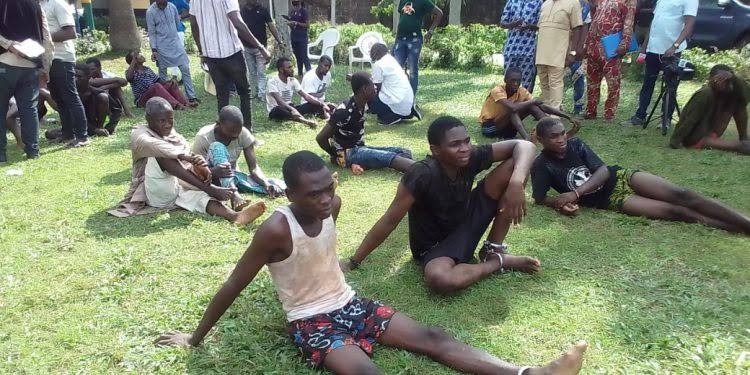 The five suspects , Hassan Sani, Auwal Mohamed, Mohamed Mustapha , Mudashiru Abubakar and Ibrahim Rabiu were arrested last week by the anti vandals unit of the Corps for transportating the products wrapped in polythene bags and being conveyed in trailers.

The suspects were paraded by the State Commandant of the Corps, Peter Maigari, said they were transporting the adulterated products from Port Harcourt to Suleja before their arrest in Lokoja.

On interrogation, the suspects said they were engaged by one Abdullahi, now at large, to transport the productts .

When contacted on phone, the Commandant confirmed that the suspected criminals escaped, saying his men were on thier trail to re-arrest them.

Investigation by Our Correspondent revealed that a small portion of the cell was broken which paved way for the escape of the suspects.