Hijab: Tension in Kwara over reopening of Mission Schools 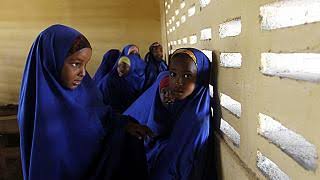 Palpable tension has marred the reopening of 10 mission schools earlier closed by Kwara state government over the use of Hijab.

Radio Nigeria investigations revealed that despite series of interface by the state government with the Christian leaders ,they remain resolute on their demands not to allow the use of Hijab in the schools.

When Radio Nigeria visited some of the affected schools in Ilorin Metropolis which included Baptist Secondary school, Surulere, St Anthony College ,and Cherubim and Seraphim college among others,students and teachers willing to resume were seen standing at the gate.

But security operatives had to disperse the crowd in other parts of the state who were throwing pebbles at each other to prevent possible break down of law and order.

Kwara state government had in a statement issued by the Permanent secretary of the state ministry of education and human capital development Mrs Kemi Adeosun announce the reopening of the 10 schools today.