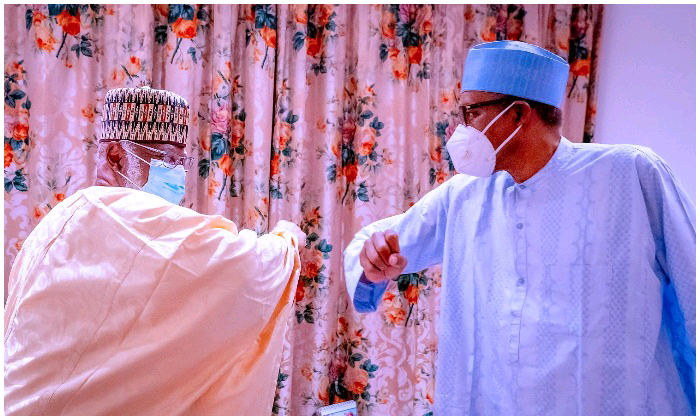 Personal Assistant to the President  on New Media Bashir Ahmad, said his principal received Abdulsalami on this afternoon.

Although the presidential aide did not disclose the purpose of the meeting it might not be unconnected with the security challenges plaguing the nation in recent time and the rising calls for secession by various groups in the country.

Abdulsalami, who is the Chairman of the National Peace Committee, was Nigeria’s Head of State between June 1998 and May 1999 when he handed over power to a democratically elected President in the person of Olusegun Obasanjo, thereby, heralding Nigeria’s Fourth Republic and return to democracy.