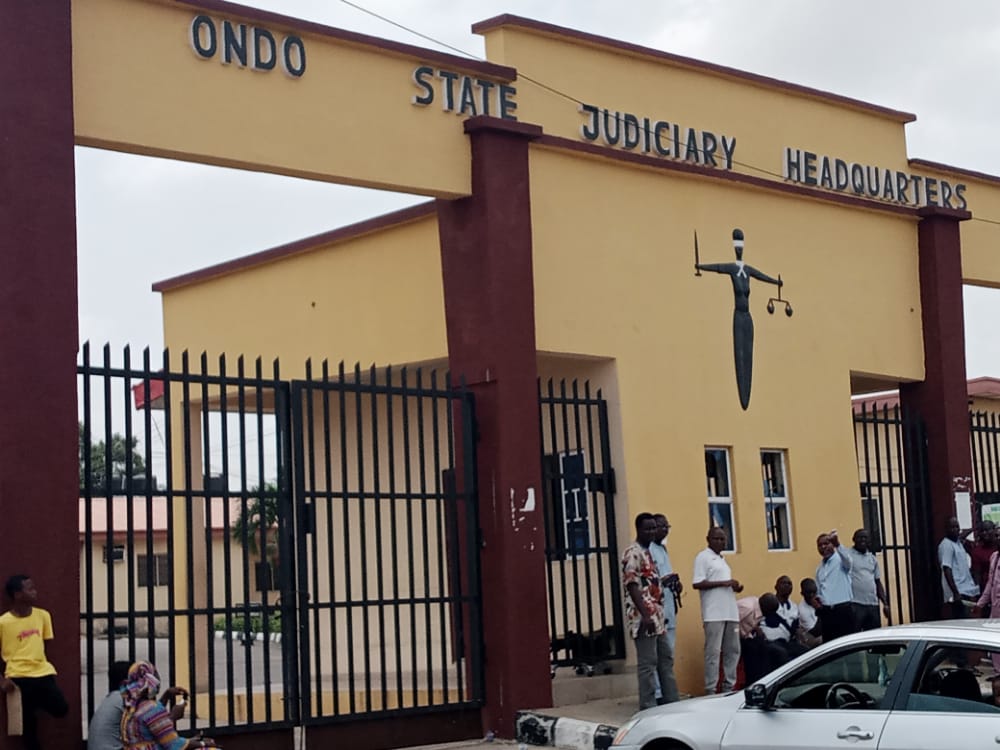 Judicial workers in Ondo state joined a indefinite nationwide strike alled by the national body of the Judicial staff union of Nigeria, JUSUN to protest the non-implementation of financial autonomy for the judiciary.

The State High Court, Appeal Court, Magistrates courts and the Federal High Court in Akure have been shut down by official of  the Judiciary Staff Union of Nigeria (JUSUN) led by the state Chairman, Comrade Femi Afolabi.

Reacting to the refusal of states to implement the policy, the Judiciary Staff Union of Nigeria (JUSUN), accordingly directed its members across the country to shut down all courts nationwide beginning from today Tursday April 6, 2021

In Akure, some lawyers and litigants returned home disappointed as they met gates of the court locked by JUSUN Officers while staff of the Federal High Court were forced out of the premises.