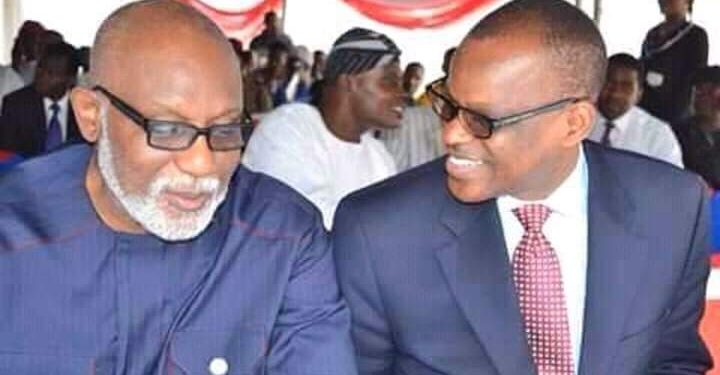 Ondo state Election Petitions Tribunal sitting in Akure, has rescheduled judgement in the governorship petition filed by candidate of the Peoples Democratic Party (PDP), Eyitayo Jegede, against the victory of Oluwarotimi Akeredolu, of the All Progressives Congress (APC) in the October 2020 gubernatorial election for today, Tuesday, April 20, 2021.

The tribunal had last week announced in a notice made available to newsmen that judgment had been fixed for Wednesday, April 21, but in another notice issued on Monday evening by the Tribunal Secretary, parties involved in the case were informed that the date has changed to Tuesday, April 20.

Aside that, it was also disclosed that the judgement would now be delivered via ZOOM and not in a regular court sitting due to the ongoing nationwide strike of judicial workers demanding financial autonomy for judiciary arm of government.

Counsels of both the PDP and APC were said to have been duly informed on Monday evening that the ruling had been brought forward to Tuesday.

Eyitayo Jegede of the PDP and his party had approached the tribunal, asking that he should be declared winner of the October 10, 2020 governorship election in the state, in which the Independent National Electoral Commission (INEC), returned Oluwarotimi Akeredolu of the APC for a second term as governor of Ondo state.

Read the notice below:

TAKE NOTICE THAT JUDGMENT IN PETITION NO:EPT/AK/GOV/1/2020 BETWEEN EYITAYO OLAYINKA JEGEDE &ANR AND INEC & 3ORS WHICH WAS EARLIER FIXED FOR 21st APRIL, 2021 HAS BEEN RE-SCHEDULE TO TOMORROW BEING 20TH APRIL, 2021 BY 10AM PROMPT THROUGH ZOOM. YOU CAN JOIN US THROUGH THE BELOW DETAILS. ID No: 7895674390. PASSWORD: blessing. PLEASE DRESS FORMALLY. THANKS.