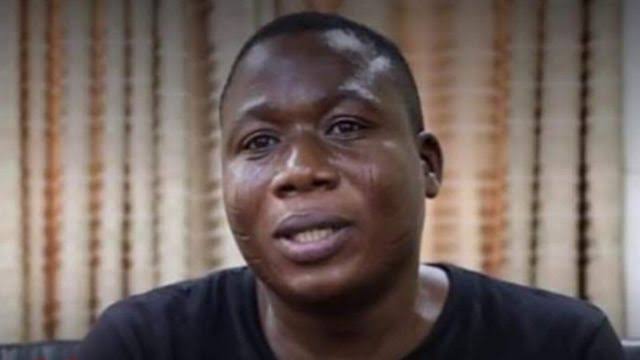 Pandemonium broke out at the Ibadan home of Chief Sunday Adeyemo, Popularly known as Sunday Igboho when some yet to be identified persons stormed the house and started shooting sporadically.

Positive fm gathered that the attackers came in into Sunday igboho ‘s house at exactly 1:30am om Monday.

A witness who did not want his name mentioned explained that the attackers were prevented from gaining entry into the home of the activist at soka area of Ibadan of Oyo State.

Spokesperson to the activist, Dapo Salami said the hoodlums had two petrol filled Jerry can with them and would have burnt down the house if they had not been challenged by supporters of  Chief Sunday Adeyemo.

Efforts to get the reaction of the Yoruba activist was unsuccessful as he was not available .

The Police Public Relations Officer In Oyo State, DSP Adewale Osifeso said he was yet to be briefed on the issue.