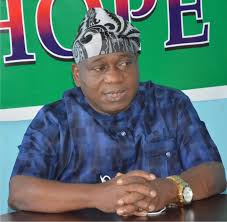 There is no denying the fact that cooperative farming is the best approach to having robust harvest to cater for local consumption and export purposes.

This is so because it affords the farmers ability to harness resources, experience and position them better to access funding

Certain factors however deter these calculations and the desired results the farmers expect from such cooperation.

Speaking with Radio Nigeria in Akure, the president, Nigeria cassava, growers Association, Pastor Segun Adewumi who explained that the central bank of Nigeria had thrown weight behind cooperative farming however pointed out that the major factor affecting the initiative in the south west was herdsmen encroachment of farms.

Pastor Adewumi lamented how many cooperative had run into losses and bankruptcy due to herdsmen menace saying until government addresses the problem , CBN’s intervention would continue to be exercise in futility.

On his part, a president of one of the fish cooperative farmers in Akure, Mr Ademola Akinbobade who identified lack of team spirit as another factor, maintained that farmers needed to drop their orientation of self ownership and distrust for proper functioning of the initiative

They recall incidences of different land owners filing litigation and coming to collect money from farmers in recent time while also counting their losses occasiined by change in weather last year.

The duo who said irrigation is a must for any farmer called on government to support farmers in subscribing to modern irrigation .

The respondents who were of the opinion that these factors could be controlled called for more government support to achieve the desired results in cooperative farming.