Why We Evicted 137 Illegal Occupants Of Forest Reserve- Ondo Govt 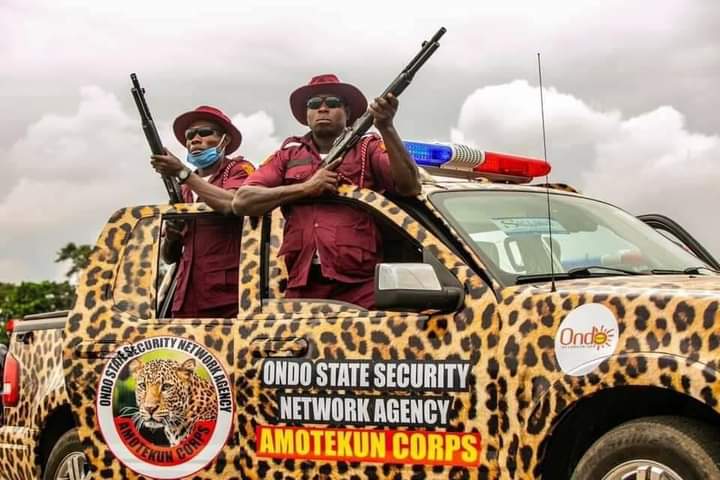 The Ondo state security Network Agency also known as Amotekun has evicted another 137 illegal occupants of the state forest reserve who are suspected to be security threats to the in the state.

It was gathered that the people were apprehended at Elegbeka forest along Ifon-Owo road on there arrival from unknown destination.

Governor Oluwarotimi Akeredolu had few weeks ago ordered the eviction of illegal occupants of the state government forest reserves who refused to register with government.

The governor’s action followed the gruesome murder of the Olufon of Ifon, Oba Adegoke Adeusi who was shot dead on the Owo-Ifon route few months ago and the killers are yet to be known.

In an interview, the State Commander of Amotekun Corps, Chief Adetunji Adeleye narrated that the illegal forest occupants would be escorted out of Ondo state to where they came from.

“We got an Intel that very many people bombarded (forests at) Elegbeka–Ifon area in the state.

“We moved in on questioning majority of them said they were from the northern part of the country and other said they are free Ogun state.

“We asked for thier mission they were not able to give us a clear cut of what they are here for. We brought some of them (to Akure) and there sponsors here to the headquarters (of Amotekun) for proper investigation.

“We profiled them and we found out that they were conniving with some persons in Ose to be given space for settlement in the government’s forest reserve which makes them illegal occupants of the forests.”

“We are sending them back to where they claimed they came from,” Adeleye