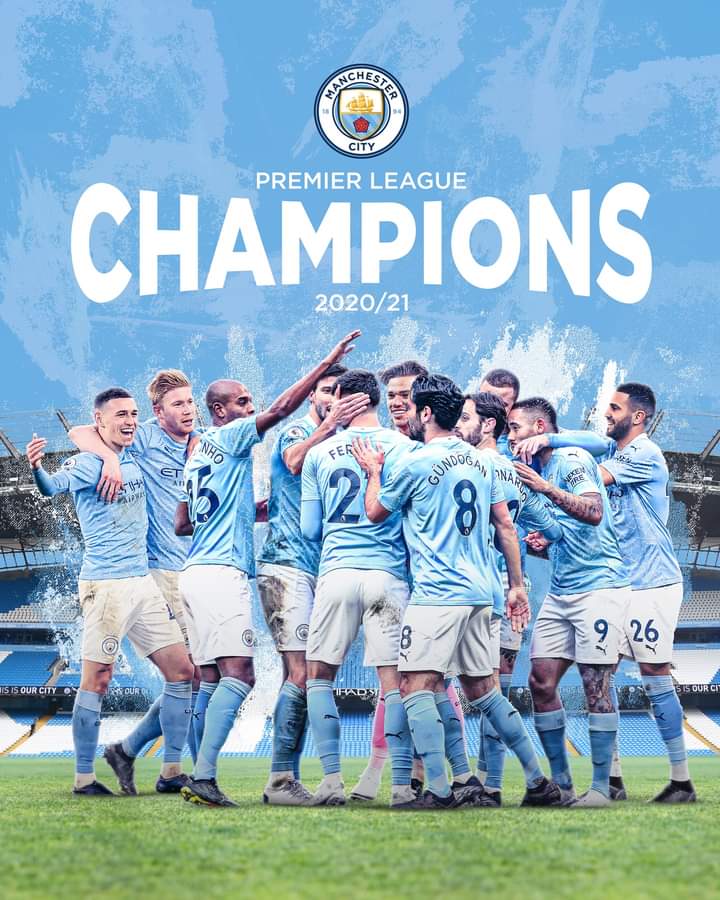 Manchester City have finally won their much awaited 2020/2021 Premier League season despite being delayed in the weekend by Chelsea’s late 2-1 win against them at Etihad on Saturday.

However, on Tuesday, the Citizens won a third Premier League title in four years after closest challengers Manchester United were beaten by Leicester City 2-1 at Old Trafford.

Pep Guardiola’s side are now 10 points ahead of second-placed United, who have just three games remaining.

It is the seventh time City have finished top of the English football pyramid and the fifth in nine years.

Manager Guardiola, 50, has now won eight domestic trophies since arriving in Manchester in 2016.

City had the chance to wrap up the title themselves on Saturday, but suffered a 2-1 defeat by Chelsea at Etihad Stadium.

How City won the title

Guardiola’s side finished 18 points behind Liverpool last season, and when defeat at Tottenham in November left City in 10th position, it looked as though this might not be their year either.

But though doubts arose and questions were asked about the Spaniard’s future, City quickly shut them up.

They went on to win 22 of their next 27 matches, including a 15-game winning run and a record-equalling 11 successive away league victories.

John Stones and Ruben Dias’ partnership at the back was key, conceding just three goals in the 15 games after that Spurs defeat, while Ilkay Gundogan has been the star at the opposite end of the pitch, his 12 goals so far leading City’s goalscorers.