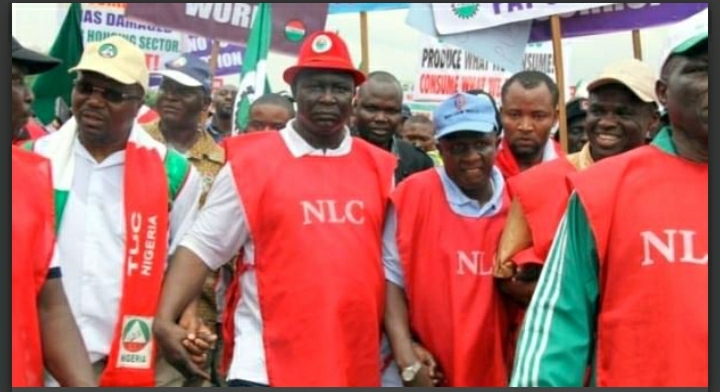 The Nigeria Labour Congress, Kaduna State Council says it will on Monday, May 17, 2021 begin a five-day warning strike over non payment of salary to over 20,000 state workers.

The Chairman, NLC Kaduna State Council, Ayuba Suileman, told newsmen that workers in the state would also protest the mass sacking of over 6,000 workers by the state government.

Suleiman said, “The strike would commence on Monday through to Friday as a warning. The essence of the strike is that we want the state government to reverse the decision of sacking the huge number of workers.
“Workers in the state are not happy. They are jittery. The state government is using random indiscriminate deposition to send people packing.
“No worker in Kaduna state is at rest. They are jittery and are not performing optimally. While they have paid April salaries, over 20,000 people have not received their salaries.”

He expressed hope that the state governor, Nasir el-Rufai would rescind his decision.

The chairman said, “The state governor is looking difficult, and from antecedent, he does not have a good relationship with trade unions and the Nigeria Labour Congress