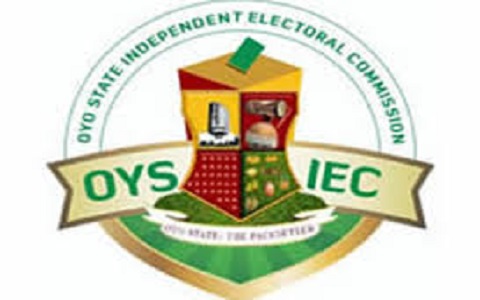 Chairmanship candidates of the Peoples Democratic Party, PDP, in 32 local government areas of Oyo state have been declared winner and returned elected in the 2021 local council polls conducted by the Oyo State Independent Electoral Commission, OYSIEC.

OYSIEC chairman, Aare Isiaka Olagunju made the announcement while receiving election results from the Returning Officers in the local governments.

Aare Olagunju explained that elections into Ido local government have been rescheduled to hold on Wednesday, 26th May, 2021.

Aare Olagunju pointed out that councillorship election in Ward 05 Ibarapa East would be re-conducted at a later date to be announced by the commission, while winner would be declared in Ward 07 as the affected unit 03 has 332 out of 4,824 registered voters.

Earlier, the Returning Officer, Ibarapa East local government, Eruwa, Mr. Thomas Kareem had explained that elections in Ward 05 of the council and Ward 07, unit 03 were cancelled due to snatching of ballot boxes, papers as well as vandalism.

Mr. Kareem highlighted results from nine wards out of ten wards in the council, with the PDP candidate, Mr. Olugbenga Obalowo scoring 12, 138 votes, his close opponent from Labour Party scored 2,955 out of 47,803 total registered votes.