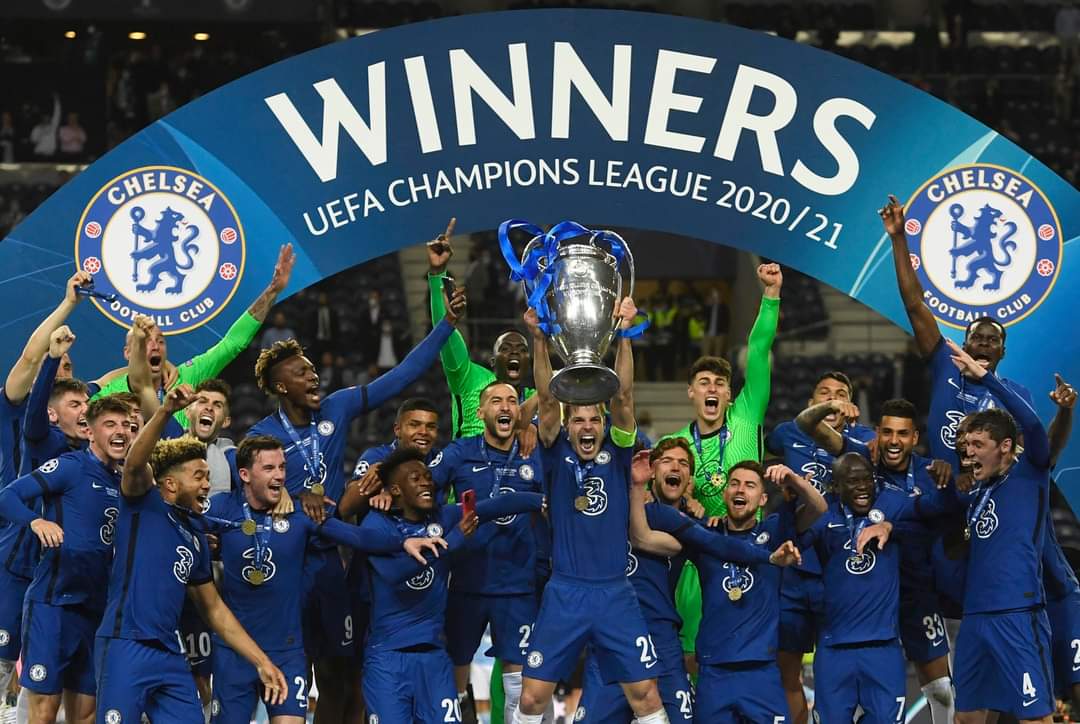 The victory was achieved through a 42-minute solo effort by Kai Havertz.

The English team defeated Manchester City one nil, to claim their second trophy in the competition.

Meanwhile, the social media is in frenzy as chelsea fans celebrate the victory of their choice club.