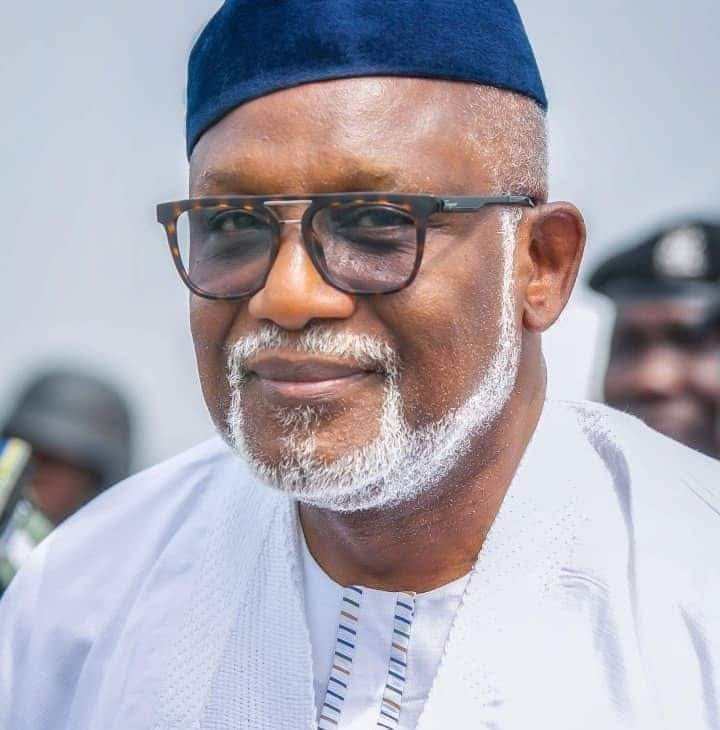 BEING THE OPENING REMARKS OF THE GOVERNOR OF ONDO STATE, ARAKUNRIN OLUWAROTIMI ODUNAYO AKEREDOLU, SAN, AT THE PUBLIC HEARING HELD BY THE HOUSE OF REPRESENTATIVES COMMITTEE OF CONSTITUTION REVIEW AT THE INTERNATIONAL CULTURAL AND EVENT CENTRE, THE DOME, IGBATORO ROAD, AKURE, ONDO STATE, ON 1ST JUNE, 2021

PROTOCOL
I welcome you to the Sunshine State, most warmly, at this trying period in the country. It is only decent that we salute the courage and sense of duty exhibited by the elected representatives of the people, despite the current challenges. Indeed, we should expect no less from those saddled with the responsibility of reviewing the basic law which regulates all activities in the land.

Constitution review is a very important assignment which must be undertaken with all seriousness. All segments of the society for which the document is being prepared must be availed of the opportunity to participate actively in the process which leads to the emergence of this new compendium. All issues which excite distrust and suspicion must be looked into dispassionately.

Nobody must be shut out, all must be treated equally. All decisions must be anchored on the principles of Equity and Justice. Extremely conscious of the current mood prevailing in the entire country at the moment, I shall hasten to touch on the issues concerning the purpose of this visit.

We should waste no time on niceties. We must be frank and direct. The country is in dire straits now. No efforts must be spared to stop the free fall. The current experiences stretch the limits of endurance. Everyone tries to remain calm amidst the raging storm. More than ever, this period calls for cooperation from all stakeholders in the survival of the country.

The position of the Ondo State Government has been made public. We advocate for a Federal Government largely reduced in size and scope of engagement. We want to see a Constitution that will enhance the performance of public office holders at all levels.

It is possible to have a government that will serve the people in deed and truth. The law of the land must aid this realistic expectation. We must reduce the cost of governance and shift attention to service delivery in this trying period.

Our country is blessed immensely. We have human and natural resources in abundance. We are becoming a huge embarrassment to the rest of humanity because of our inability to organize our affairs in a manner that will be beneficial to the greatest number of people. We grapple with basic issues of existence due to lack of organization.

We have created an unfortunate situation which seems to suggest that government and the people are separate entities. The gestures, mannerisms and real actions appear to support the notion that the government is accountable only to itself.

It is becoming increasingly embarrassing to those who reason deeply enough to observe that while the people wallow in despair, those who claim to represent them revel in ravenous opulence. The number of public servants is very small compared with the humongous percentage of the commonwealth expended to maintain them. There are too many ministries, departments and agencies of government that are moribund at all levels. It does not make economic sense to retain them. There are several areas of overlap in the activities of government at both state and federal levels.

We propose, with vehemence, the creation of State Police. Having a Command structure of the Nigeria Police in a country of over 200 citizens, diverse and disparate, is incongruous. Countries with far smaller sizes seem to appreciate why such an arrangement cannot work. Policing is not politics. It is about the safety of lives and property of the people. The establishment of a police service must be for this purpose.

Recruitment, training and objective must be geared towards protecting the people. The knowledge of the terrain is key in an effective and efficient police system. Security is local. The pretense which continues to hold that the contrary is the case must be jettisoned. The success story of Amotekun in Ondo State, in particular, and other South Western States, is a pointer to the imperative of taking policing to the grassroots. An effective structure will involve the people.

These ministries, departments and agencies must be pruned to reflect the socio-economic realities of the moment. The government at the centre must divest itself of this self-inflicted heavy burden for effective and impactful performance. At most two Ministers should be appointed to represent each Zone. Items on the Exclusive List too must witness significant reduction. The Federal Government must not be seen to be competing with the states in service delivery to the people. Its role should be, largely, to coordinate the activities of government with minimal interference at the other tiers of government. It cannot legislate on residual matters as they concern the states.

Devolution of powers must be far reaching and immediate to reverse the slide into anarchy and economic doldrums. It is illogical to purport to run a federal government where all the constituent units depend, virtually, on monthly hand-outs for subsistence. Revenue generation and allocation must reflect the extent to which a state participates in the economy. It is anomalous to have a situation in which the Federal Government issues proclamations on the running of local governments.

The component parts in federation should reserve the rights on the number of local governments they desire to have. The inclusion of the names of 774 local governments in the Constitution smacks of over centralization of administration. It runs against the principles of federalism.

States should determine the type of local administration desirable for its growth. The largely redundant and ineffectual system will become history. Having the names of local governments written in the Constitution is against the principle of federalism. A State should be left to decide on the number and size of its local governments.

The country may consider dropping the current bicameral structure of the National Assembly and adopt a unicameral legislature. The membership of the Assembly should be part time. No member should earn allowances not known to the Revenue Mobilisation and Allocation Committee and, more importantly, people they claim to serve. Legislators should earn under a uniform salary structure. Allowance peculiarities must not be about obscenity. The Senate should be scrapped. The House of Representatives too should not be unwieldly. A maximum of four representatives should come from each Zone.

The states must have a judicial system which conforms with its aspirations to develop.An effective and efficient judicial system should be anchored on the peculiarities of a State and the quest to maintain law and order. The hierarchy of courts should be about satisfying the need to dispense justice among the people. The courts must represent the readiness of the people to submit themselves to the rule of law. The system must not be withdrawn and oppressive as the current composition suggests. Zones should have their own Courts of Appeal.

The Supreme Court should be decentralized to ease the current burden of the appellate court. In a true federal state, there should be a Supreme Court whose decisions are final in residual matters. The Supreme Court at the centre should concern itself mainly with issues bordering on constitutional interpretations and matters arising between and among the states and the Federal Government, as well as revenue generation by the Federal Government. It should also administer the National Judicial Council.
The current situation imposes a heavy burden on the litigants and the
jurists. It stalls economic activities in the geo-political Zones. It is stultifying.
It is counter-productive. It will not encourage development in the country. To enhance quick and effective dispensation of justice, the Supreme Court should be established in the six geo-political Zones in the country. The CJN should remain in Abuja while other Justices should preside at the Zones.
On the whole, the exercise will not be meaningful if the Chapter 2 of the 1999 Constitution, as amended,is not taken to Chapter 4. The reasons for the existence of governments, fundamental objectives and directive principles of state policy, cannot be taken from the adjudicatory powers of the courts. The primary purpose for having a government is the security and welfare of the people. All provisions seeking to ensure that this is actualized must be justiciable.

Any government which absolves itself of these responsibilities cannot pretend to represent the people, any arrangement which works against excludes the implementation of these lofty principles of quality living is organised banditry.
We recommend, most enthusiastically, a return to the 1963 Republican Constitution. We will have resolved many fundamental issues of nationhood with the adoption.

I welcome you all to the Sunshine State. I wish you all fruitful deliberations.
I thank you for your patience.
Long live, Ondo State.
Long live Federal Republic of Nigeria.