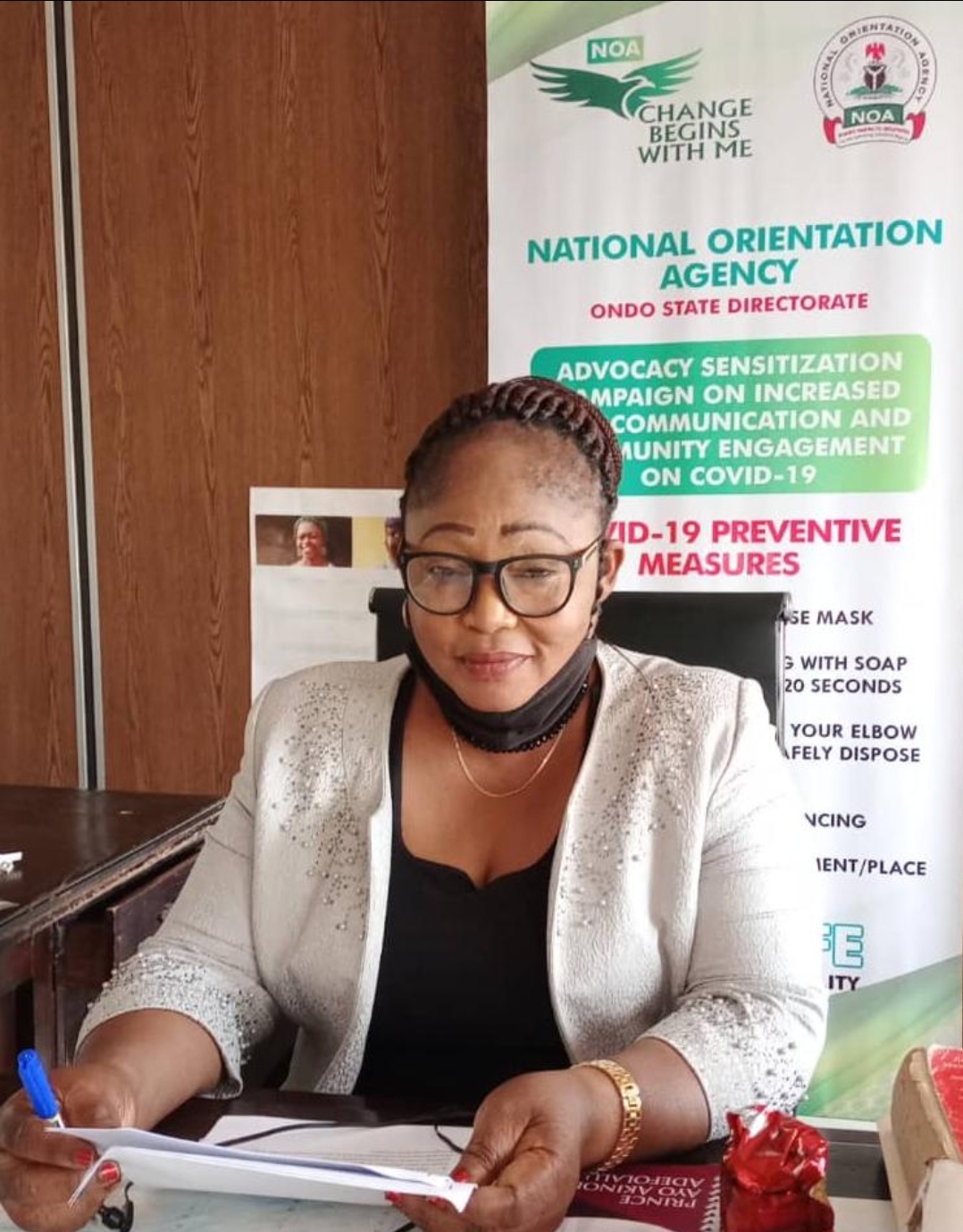 Mrs Adefolalu graduated from University of Ibadan in 1988 and had her Masters degree in University of Ado Ekiti. She is a member of the NUJ, Ondo state council.Her cognate experience in public enlightenment and mass mobilisation dated back to 1989 in the defunct MAMSER which metamorphosised to NOA.

She has served in various capacities since the inception of the Agency which has equiped and empowered her for the present important assignment.

The new NOA boss is set to deploy her wealth of experience to work with the Ondo state Government institutions, community based organisations and the citizens in actualization of a democratic, progressive and disciplined society.

She is happily married with children.