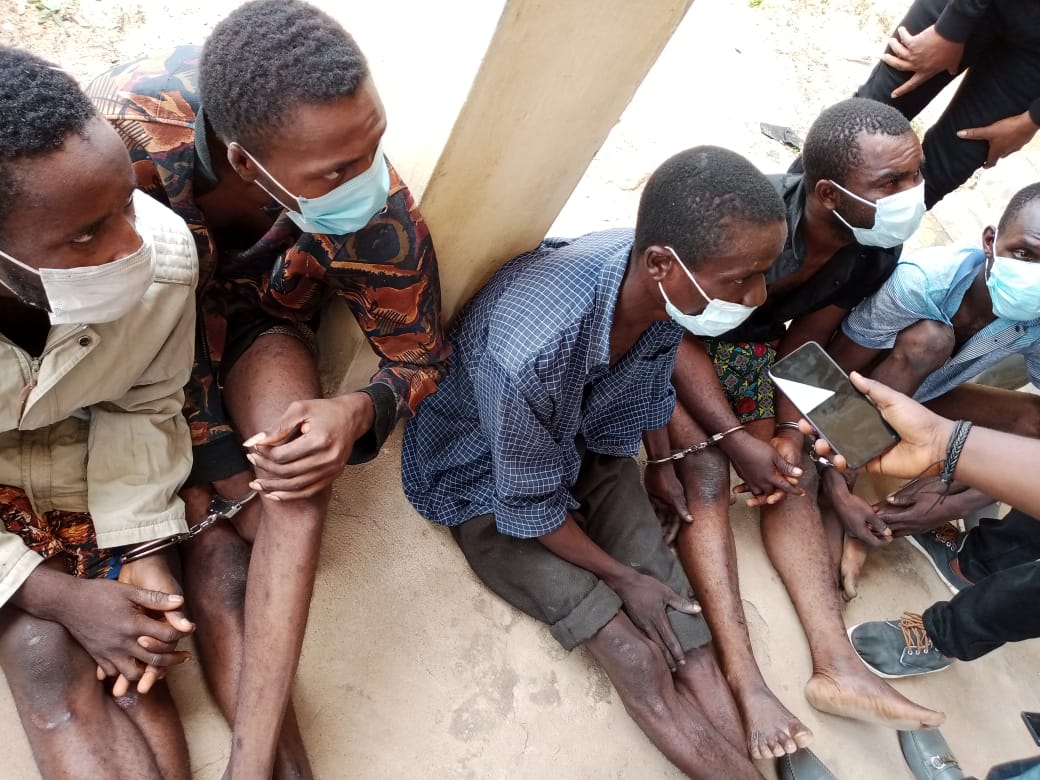 The Ondo state police command has paraded eleven suspects in connection with armed robbery attacks on filling stations in Akure, stealing of generators and defilement of minor.

Parading the suspects before newsmen in Akure, the Commissioner of Police, Mr Bolaji Salami said one of the suspects Jide Adewale was arrested for robbing filling Stations on Ondo road in Akure where two security guards were shot dead few weeks ago.

The Police Commissioner who said the suspects would be charged to court when judicial workers’ strike is called off expressed deep concern over congestion at the police custody across Ondo state as a result of the ongoing nationwide strike by JUSUN.