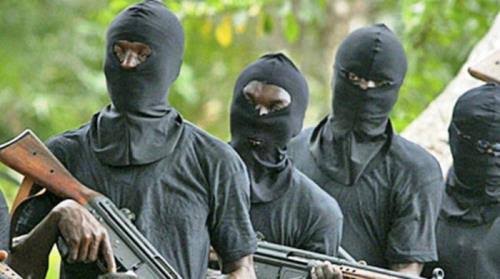 A young man identified as Olorunwa has met his untimely death as armed men suspected to be cultists struck in Irojo, Ilesa.

The victim who went to buy cowpea for his breakfast was hit by stray bullets while the assailants of a suspected cultist launched attack on his gang around 9am on Wednesday.

A witness who did not want his name mentioned said Olorunwa who was a worker at a sawmill in the area was an easygoing person.

Positive Fm gathered that there was an exchange of gunshot between Eye from Irojo and Afe from Iwara confraternities yesterday evening.

Efforts to speak with the Ijamo B Divisional police Officer who led his men to evacuate the corpse of the victim proved were unsucessful.

Meanwhile, Arojo of Irojo, Olusegun Akeju, in an interview with newsmen said he had already informed security agencies about the development,  urging aggrieved residents of the area to allow the law takes its course.