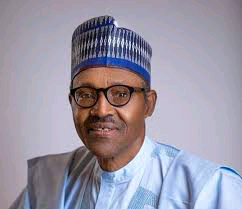 President Muhammed Buhari has approved  automatic employment of 10 direct siblings of members of the National Youth Service Corps who were killed by suspected Islamic fundamentalists during the 2011 post-election violence in Bauchi State.

This came 10yrs after the incident occured in the northern state.

The President also approved scholarships for the four children of Adowei Elliot, while the government said Buhari’s gesture was a sign of the Federal Government’s commitment to the NYSC programme.

The Minister of Youth and Sports Development, Sunday Dare, announced this during the inauguration of the NYSC National Governing Board in Abuja on Tuesday.

He also endorsed the proposal made by stakeholders for the establishment of the NYSC Trust Fund, expressing confidence that such an initiative would go a long way in strengthening the organisation and deepening its impact.

Dare said, “Among other benefits, the fund will make the NYSC Skill Acquisition and Entrepreneurship Development Programme more functional. It will, especially, serve as a sustainable source of providing start-up capital for the trained corps members to actualise their business plans and in turn employ more Nigerians.