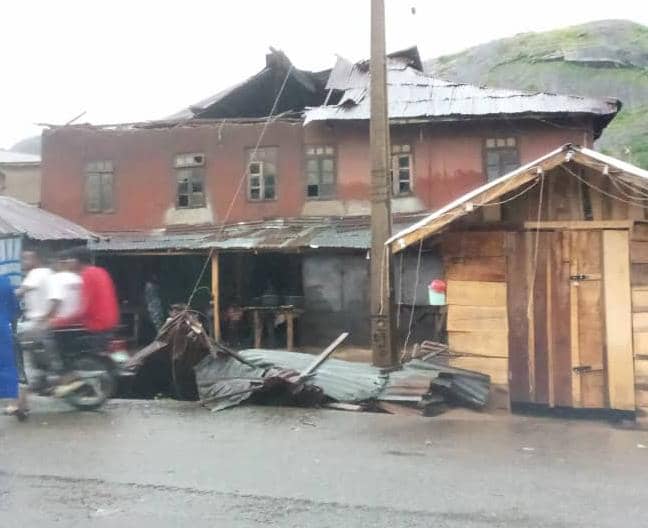 Property worth millions of Naira have been destroyed by rain in Idanre, Ondo State.

The rain which started around 4.30pm  Tuesday afternoon did not show any sign of an impending disaster for the people before it started getting more and more strengths with powerful thunder strikes.

It eventually destroyed many property as roofs of many houses were blown off while many electrical gadgets and other household items sank into water, occasioned by erosion.

Some shops besides the road were equally touched.

The rain, which many will not readily see as of mercy, also wreaked havoc at Idale Street where the roof of the house of a prominent politician in Idanre was removed.