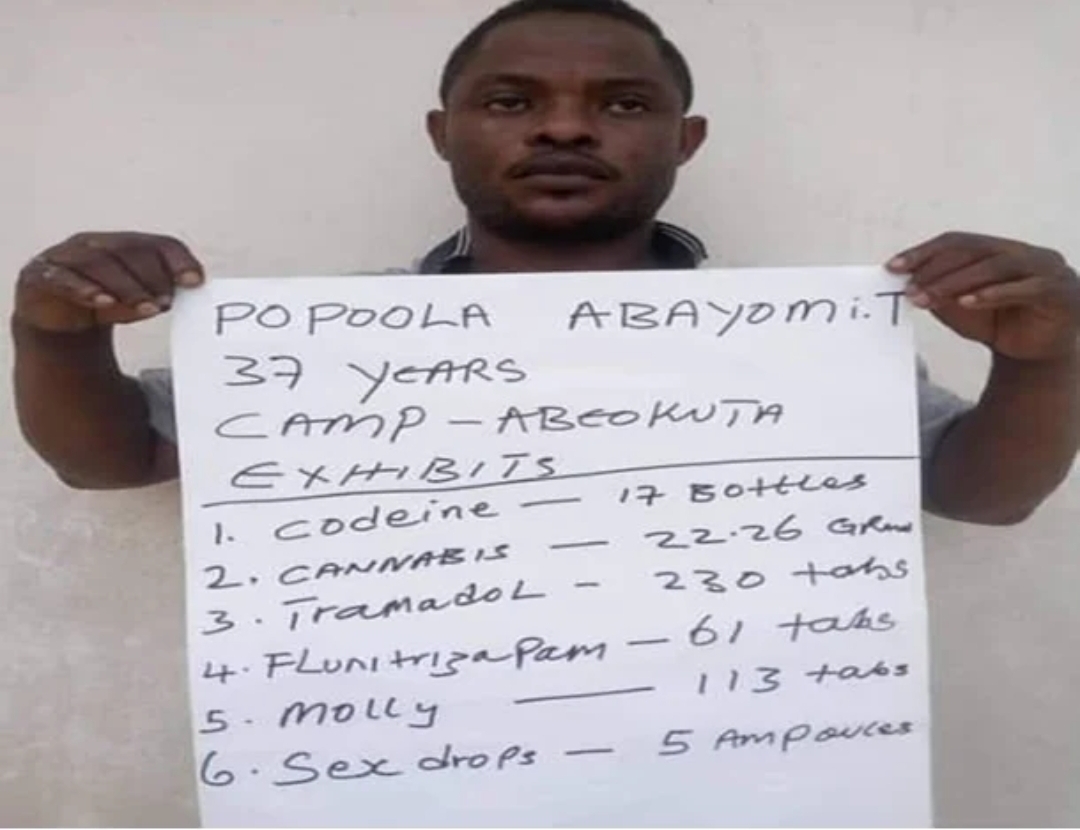 The National Drug Law Enforcement Agency NDLEA says it has arrested a serving officer of an unidentified law enforcement agency, Abayomi Popoola, for allegedly selling assorted illicit drugs to students of a federal university and suspected cultists in Ogun State.

Popoola, who serves at the Lagos command of the security agency, was arrested on Wednesday after a surveillance on his wife’s shop at the Camp area of Abeokuta by the NDLEA operatives.

It was gathered that one of his salesmen, identified simply as Ogah, was trailed to the shop around 8pm and arrested with six pinches of Colorado weighing 1.17grams before Popoola, who had been on the agency’s watch list, was apprehended with different illicit drugs, including 17 bottles of codeine, 22.26 grams of cannabis, 230 tablets of tramadol weighing 98grams; 61 tablets of flunitrazepam weighing 23.72 grams; 113 tablets of molly weighing 48.16grams; and 43.92 grams of sex drops.

A statement on Sunday by the Director of Media and Advocacy, NDLEA, Femi Babafemi, said after the arrest of the two suspects, some student union officials of the institution blocked the agency’s team with their official vehicle, but after hours of stand-off, the operatives succeeded in moving the suspects to its facility.