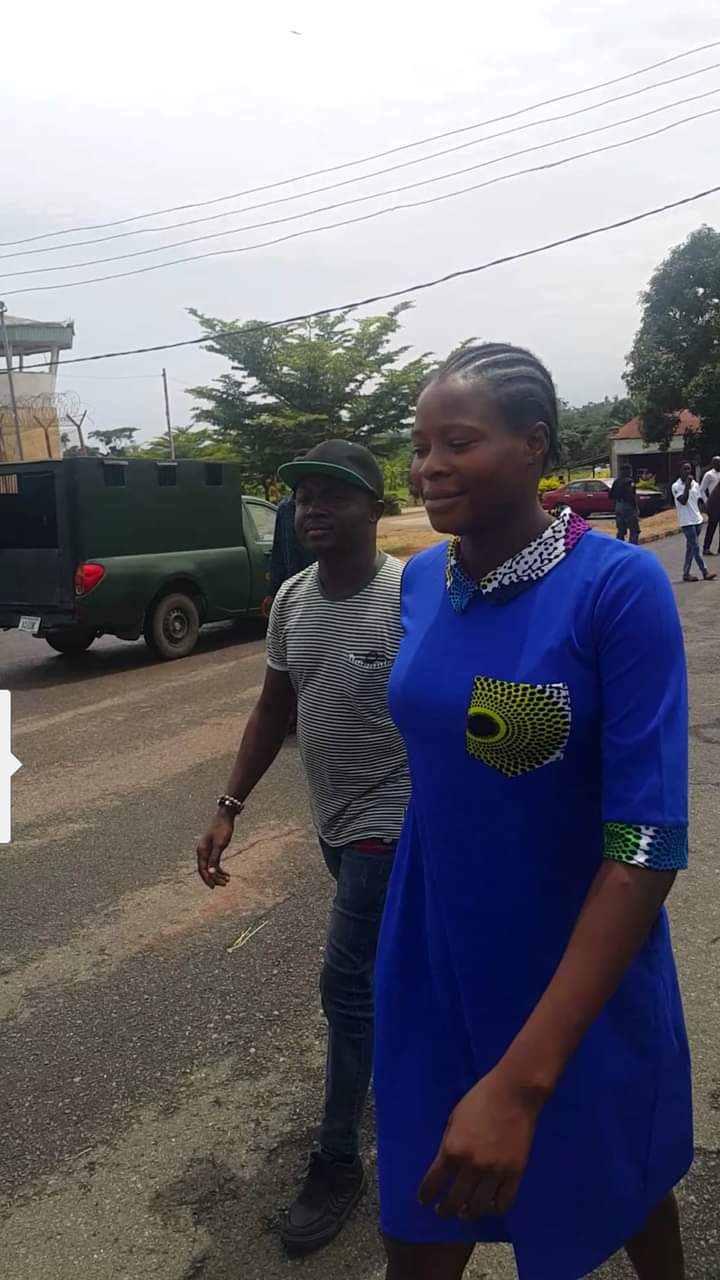 Kemisola Ogunniyi, the young lady allegedly arrested in October, 2020 during the #endSARS protest for involving in arson, is now out of prison and has reunited with her family.

Kemisola had earlier on Tuesday been granted her bail application by Justice Omolara Adejumo of the Ondo State High Court, sitting in Olokuta Correctional Centre, in Akure, the capital city.

The bail was in the sum of 10 million naira and a surety in like sum.

18yr Old Kemisola was arrested alongside 3 other suspects by the Ondo State Police Command, during the #endSARS curfew in the State in October 2020.

The Police alleged that she was among the hoodlums that set ablaze the APC Secretariat in Akure during the protest.

Granting the bail application, Justice Adejumo said she was released based on humanitarian ground and for the purpose of the naming ceremony, adding that she has a right to be granted bail.

Speaking with newsmen after the judgement, counsel to the defendant, Tope Tomekun thanked the Judge for being magnanimous in granting their bail application.

Tomekun said the judgment means that Kemisola would be released from prison in order to attend to the naming ceremony of her baby.

“The presiding judge also considered the fact that perfection of bail is not something that is easy and fast. And we have been running against time for the baby not to be named in prison.

“So there is a consequent order from the court for her to be reproduced to formally release her pending the perfection of the bail condition,” he said.

On the other defendants that are in prison alongside Kemisola, Tomekun said their bail applications would also be pursued.

He disclosed that the peculiarity of the case of Kemisola, was what led to her bail application to be considered, so that the baby won’t be named in prison.

The lawyer added that a married woman who was among the other three arrested last year October, lost her 2-month old pregnancy in prison. He said their bail application would be pursued after Kemisola’s naming ceremony.

Meanwhile, some of the major actors that ensured her release from prison have come out with a graphic design, indicating that the naming would come up tomorrow Wednesday. They have suggested that the baby be given “Okiki” a Yoruba name which means fame in English.