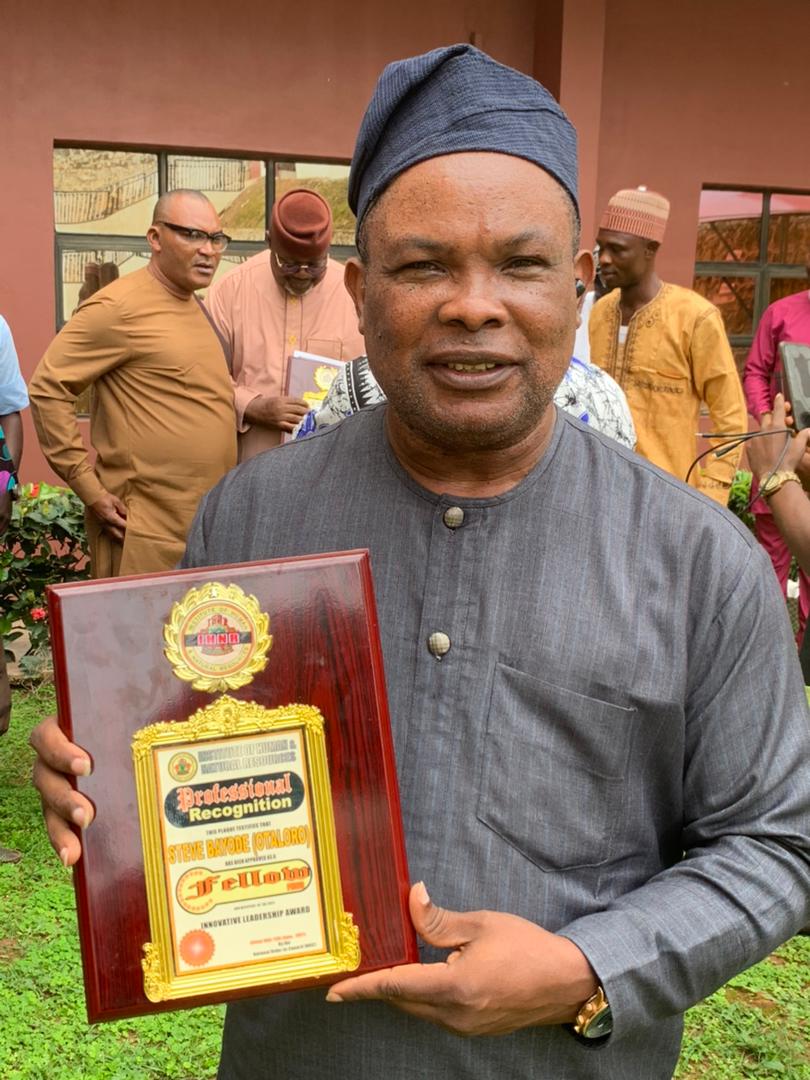 The Director, Media & Publicity of the All Progressives Congress Party, Ondo State Chapter, Steve Otaloro, has been conferred with the Fellowship award of the Institute of Human & Natural Resources.The award was conferred  on him during the investiture programme by the Institute in Akure.

A statement released by the Institute in Abuja noted that the conferment was in recognition of the immense contributions to the public relations profession which Otaloro has made, having handled prominent assignments effectively and rising to become the CEO of Micro Plus Media, an Advertising/Marketing outfit in Lagos, before being appointed as the Director, Media & Publicity of APC in Ondo State in 2015.

Also, that the award was an acknowledgement of Otaloro as a thoroughbred professional who has continued to be a game changer in the Public Relations sector.

It, further, added that Steve Otaloro has continued to shift the paradigm in the Nigerian political space, by developing noteworthy initiatives and putting in place strategies that have, continually, added glamour to inter-relationship in the society. He is a good spokesperson to his political party.

Comrade Toba Nesta Taiwo, a public analyst at the event, while commenting on the awardee said, his presence in the media community in Nigeria has refocused the media practice, particularly, in the style of delivery credited to the media team of APC in Ondo State.

Steve Otaloro who spoke on behalf of other awardees thanked the Institute of Human & Natural Resources for the honour done them. He enumerated the merit and the method of choosing the fellows of the institute as worthy of commendation.

He also advocated for other institutions to emulate the institute in awarding fellows to deserving Nigerians.