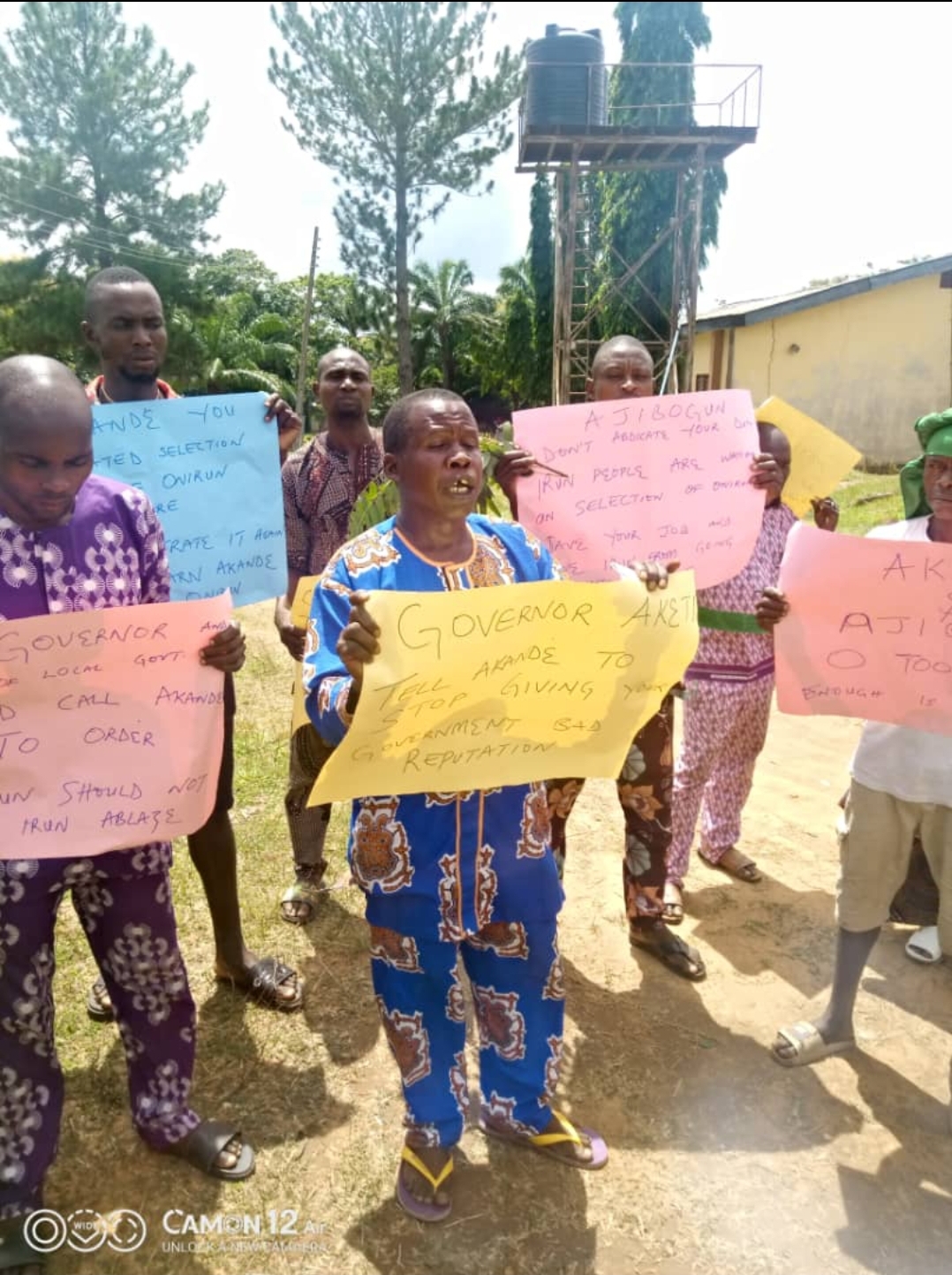 Fresh crisis may be brewing In the ancient town of Irun Akoko in Akoko northwest local government area of ondo state over the vacant stool of Onirun of Irun.

Onirun is a first class monarch in Ondo state.

Positive FM gathered that the obaship tussle had been on long before now with all parties involved making efforts to ensure that the town had a new oba.

It however took a new dimension on Friday as some youths of the town led by one Mr Ade olorigbo and the elders led by High Chief Olodi of Ilodi Irun, Chief Olu Arogunmasa stormed okeagbe Akoko, secretariat of Akoko northwest local government to protest alleged meddling of the council boss, Mr Ayodele Akande and the Director of local government administration,  Mr Sola Ajibogun in the selection process.

The protesters carried placards with various inscriptions such as “enough is enough, Irun needs an oba, our development has been stagnant and retarded, Akande, Ajibogun give us an oba” among others.

They were also chanting songs to demand for a monarch in Irun Akoko.

Some of the protesters, told Positive fm that only four kingmakers were alive after the demise of late oba Williams Adeusi some years ago but the state government appointed four warrant chiefs to make up the number that selects an Oba.

Some indigenes who were not favourably disposed to the government’s action subsequently approached the Ondo state high court to restrain government from the selection process but the case was struck out.

It was learnt that this development therefore led to the protest.

Addressing both the protesting youths and elders, the officer in charge of chieftancy in Akoko northwest local council, Mr Isiaka Kazeem explained that the court order and judgment had been received urging them to await the next line of action by the council.