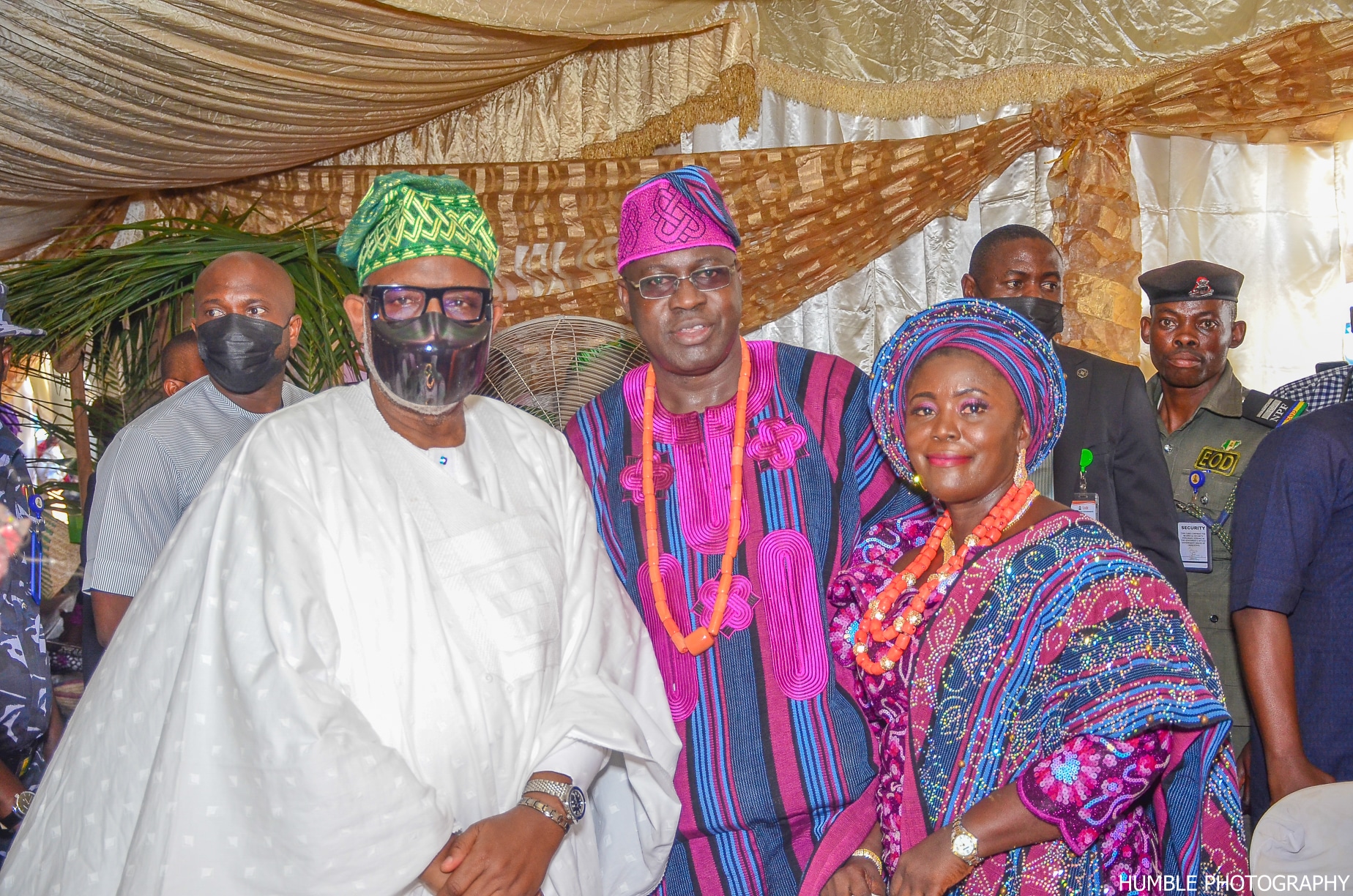 The ancient and hilly kingdom of Idanre in Ondo State on Friday June 25, 2021 received multitude of people from both far and near as they came to join former Ondo State Commissioner for Culture and Tourism Hon. Yemi Olowolabi to give his father in law, Late Pa Kehinde Bamidele Adesote a befitting burial.

The Methodist Church Cathedral, Idale, Idanre was filled to capacity for the funeral service of Late Pa Adesote, a veteran of Nigerian civil war and a notable community leader who always strive for the progress of his community and the people.

The white and gold casket bearing the body of the Pa Adesote seated close to the altar of the church as children, families and notable Nigerians paid their last respect to the war veteran who was popularly known as Baba Sana gbola.

In a sermon, the Bishop, Owo Diocese of Methodist Church Nigeria, Right Reverend, Solomon Abayomi Adegbite reminded the congregation that death was inevitable for all mortals irrespective of status or age.

The clergyman also cautioned all human beings to bear in mind that eternity was more important than now hence the need for them to be righteous and serve God so they can reign with him.

Speaking with Positive Fm the eldest child of the deceased and wife of Hon Yemi Olowolabi, Mrs Feyisayo-Yemi Olowolabi described his father as loving and caring saying he would be sorely missed.
“His death is painful, there was nothing we could do when God said it was time, He has the final say on all things” She said.

Also speaking, Mr Yemi Olowolabi who is an in-law to the deceased eulogised late Pa Adesote for being a worthy father who lived his life for others especially his children.

The remains of Late Pa Adesote were later committed to mother earth at his Ojota, idanre residence where his children led by the eldest, Mrs Feyisayo- Yemi Olowolabi and other family members performed the dust to dust rites.

A topnotch reception was later held on Olofin Anglican Grammar School playground for the invited guests where popular female juju musician, Queen Ayo Balogun was on the band stand.

Meanwhile, The final journey home for Pa Bamidele Adesote had begun on Thursday June 24 with a well attended Christian wake after the children led the hearse bearing the body of their late father from the General Hospital Idanre mortuary to his Ojota residence.

Aged 75, Late Pa Kehinde Bamidele Adesote Is Survived by Many Children and Grandchildren