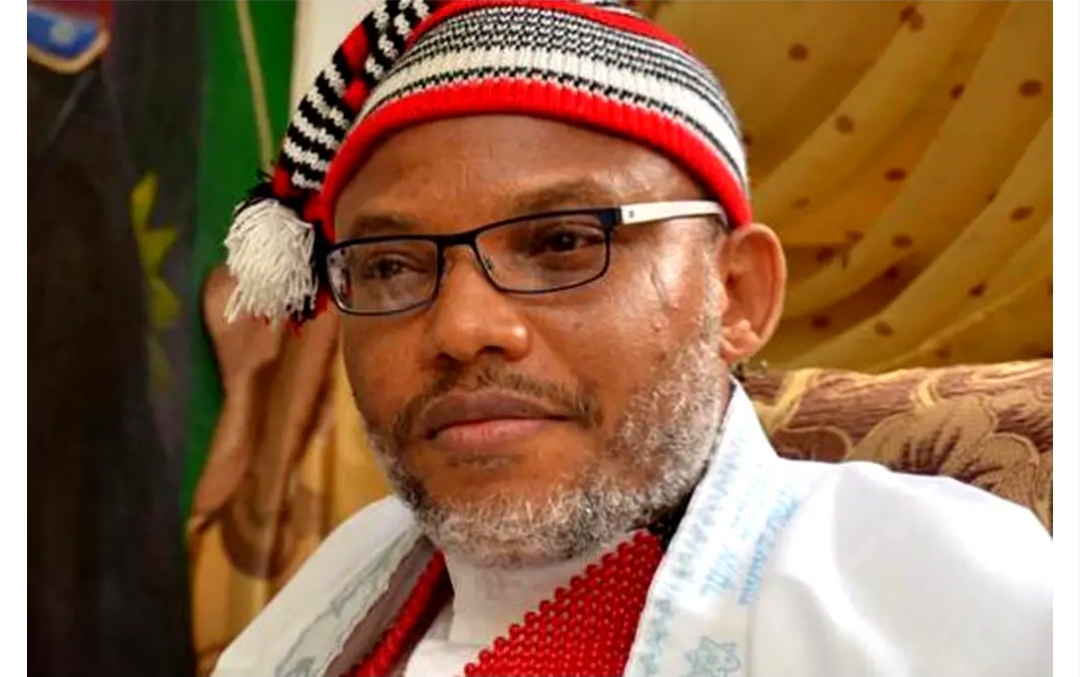 The Federal High Court has remanded the leader of the proscribed Indigenous People of Biafra, IPOB, Mazi Nnamdi Kanu, in the custody of the Department of State Services, DSS.

The court proceeding took place barely a few minutes after the Attorney-General of the Federation and Minister of Justice, Mr. Abubakar Malami, informed journalists that Mazi Kanu had been intercepted by the Operatives of Nigeria’s Security Intelligence.

When the matter came up for trial, Kanu, through the permission of the court, alleged that he would have been killed along with others on the day Security Operatives invaded his Afaraukwu residence, in Umuahia, Abia state.

Mazi Kanu’s reaction was provoked by the information of the Prosecution Counsel, Mr. Shuiab Labaran, that the defendant jumped bail to escape trial by fleeing from the country.

Mr. Labaran also argued that Mazi Kanu be remanded in the custody of the DSS because counsels to the defendant were yet to be informed of his re-arrest.

The Trial judge, Justice Binta Nyako, granted the request and further adjourned until the 26th of next month for continuation of trial.

Earlier, the AGF said Mazi Kanu would be tried on charges bordering on terrorism, treasonable felony, unlawful possession of firearms and management of an unlawful society.