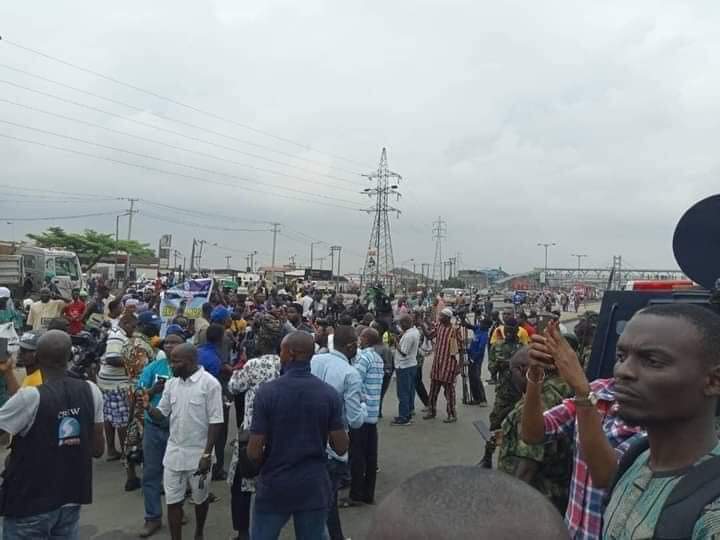 Agitators for Yoruba Nation on saturday defiled warnings by the Nigeria Police and showed up in Lagos for the Yoruba Nation Rally.

Ilana Omo Yoruba, a movement seeking self determination for the southwest had insisted that the rally would go on as scheduled after the raid on Sunday Igboho’s House  in Ibadan.

As at Noon on Saturday, people came out for the rally at Ojota, chanting solidarity songs while holding yoruba Nation flag.

Meanwhile some men of the Nigeria Police arrived at Gani Fawehinmi Park in Ojota, venue of the rally as the people were converging to commence the rally.

The officers reportedly fired gunshot at the venue.

It was gathered that this occured after the Lagos state commissioner of police, Mr Hakeem Odumosu addressed joirnalists at the Gani Fawehinmi Park in Ojota, Lagos as the Yoruba nation rally began, saying no rally is allowed in Lagos.

Report says the agitators were not deterred as they dared security operatives by spreading banners and flyers to announce their arrival and presence.

A few minutes later, shots were fired and hot water from an armoured tank was sprayed to disperse them.

Some of the agitators were seen getting dragged into an armoured tank by policemen.

Some traditionalists were also seen joining the rally.