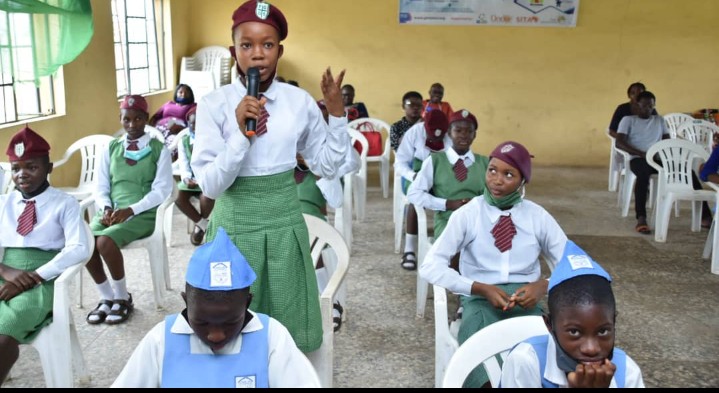 Considering the spate of insecurity in Nigeria, primary and secondary schools in ondo state have step up measures to ensure that both students and teachers are always safe within the learning environment especially as schools resume for third term in the current academic session

Correspondent, Olufisoye Adenitan who visited some schools in Akure brings details of what the schools are doing to fortify their premises

During a visit to CAC grammar school, Baptist high school, command secondary school, kingdom heritage model school, Saint Louis grammar school all in Akure, it was observed that gatemen interviewed anyone coming into the compound before they could be allowed to access the premises.

While those with genuine reasons scaled through, those eho had no tangible cause for being there were turned back.

It was also observed that most of the schools had their gates locked from within and only opened to motorists familiar to the schools.

Some teachers who did not want their names mentioned told Radio Nigeria that it was important to adequately secure schools considering the increasing cases of kidnapping of school children in the northern region of the country.

Similarly, the Principal of Saint James secondary school ondo Town, Dr Adebayo Famakinwa said teaching and learning were now being done in fear in view of the incessant abduction of students urging government to step up security measures by attaching operatives to schools across the country.

On her part, Mrs Ireti Afolabi Bakare of saint David Anglican primary school ibulesoro explained that the school had redefined its security measures parts of which were, ensuring that parents pick their children promptly after closing hours and putting the main gate under lock during school hours.

Similarly the administrator of Saint louis Nursery/primary Akure, Reverend sister Justina Ihechere said parents had been warned against sending unfamiliar faces to pick children from school and that they had also been told o stop parking their vehicles in the school compound before closing time as some unscrupulous people could use such avenue to breach security in the school.

It is the hope of residents of Ondo state that while schools are making effort to secure students and pupils, government too would complement such effort to ensure that schools in the State especially those in isolated areas are shielded from the prying eyes of kidnappers and other criminals.