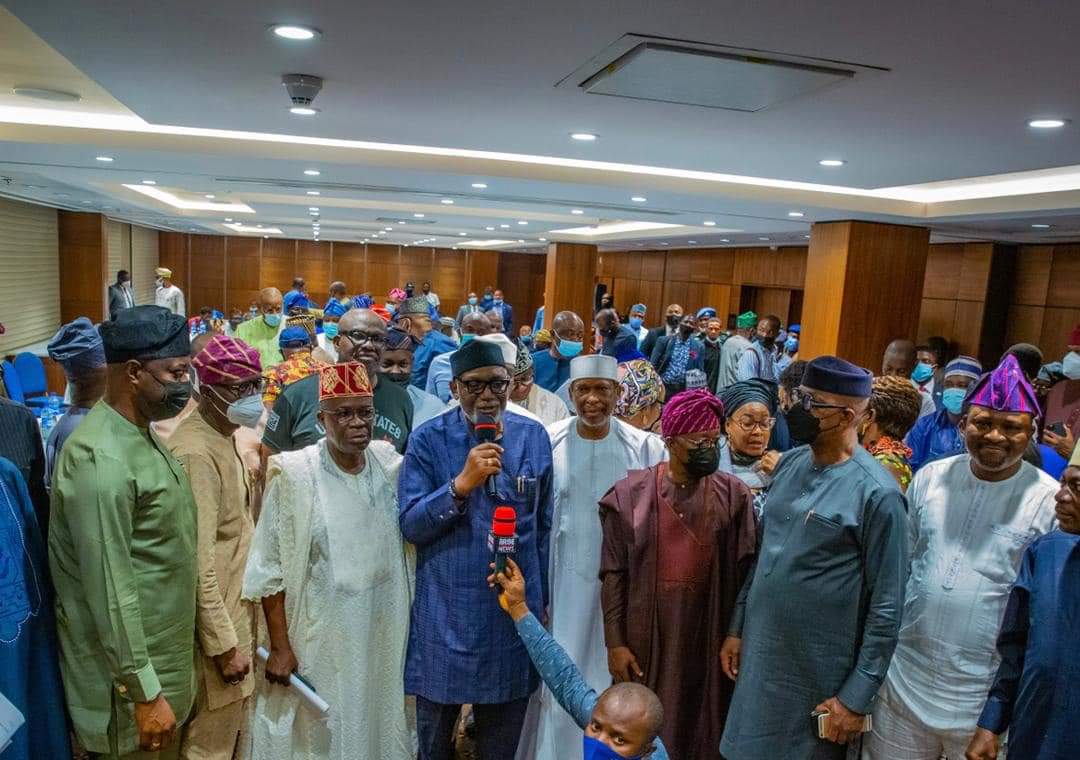 Southwest Governors on Tuesday evening met with Senators and House of Representatives members from the zone in Abuja, the Federal Capital Territory.

The meeting was well attended by all the six Southwest Governors and the National Assembly members from the zone.

He said the Governors and the National Assembly members have agreed to present a common position as regards the constitutional amendments.

Governor Akeredolu also disclosed that a committee has been set up to harmonize the positions of the Governors and lawmakers from the zone.

He said: “The meeting, which had Governors, distinguished Senators and members of the House of Representatives, discussed so many areas of interest.

“But most importantly, the meeting today deliberated on constitutional amendments. And we have resolved that we would present a common position as regards amendments to the constitution.

“The Committee is to harmonize our positions so that we can present it as and when necessary before the two houses and, at the end of the day, have the Constitutional amendment that has our serious input.”