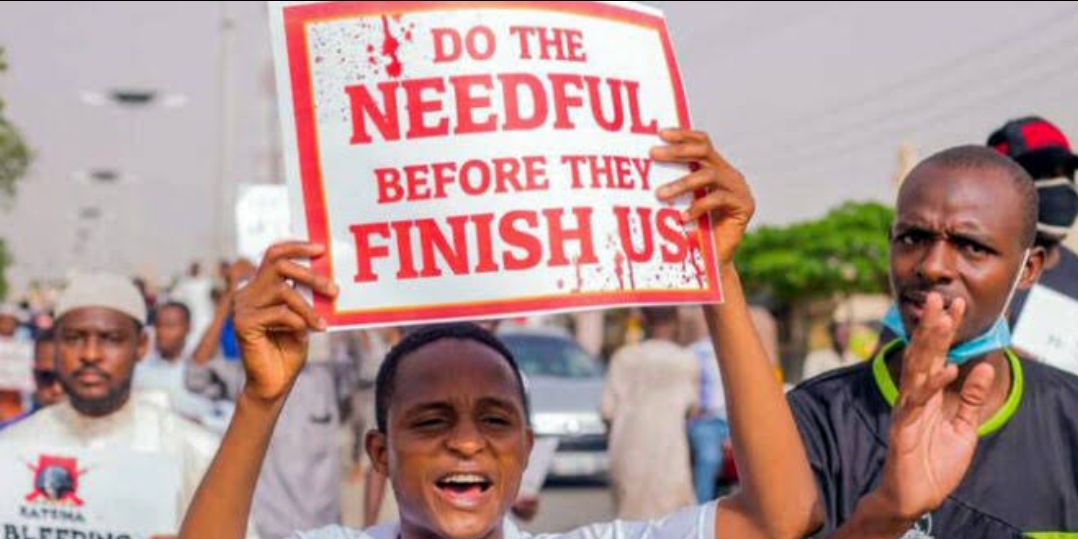 Principals, secondary school teachers and proprietors of private schools in Ondo state have rejected the directive of the state government asking them to pay a sum of #12,000 per school as compulsory fee for a proposed seminar on insecurity scheduled to hold next week.

The proposed workshop tagged ‘seminar on tackling insecurity in public and private schools in Ondo state’ is being organised by the Public Service Training Institute, (PSTI) while a circular was issued to that effect by the Ministry of Education.

In the circular, the ministry directed that every secondary school both public and private in the state should provide a principal and two teachers and pay a sum of #4,000 each for selected participants to be paid into the account of the PSTI at Polaris bank account number 4030008943.

However, the directive by the education ministry did not go down well with the principals, secondary schools teachers and private schools proprietors.

They described the directive as strange and unacceptable, considering various financial challenges facing many public schools occasioned by lack of running grants.

In a letter written to the Head of service and signed by the state chairman, Academic staff Union of secondary schools, Nigeria (ASUSS), Comrade Balogun Tajudeen, the Union urged the state government to reverse its directive and make the seminar zero cost in the interest of all stakeholders.

The letter reads : Re- proposed seminar on tackling insecurity in public and private schools in Ondo state

The circular letter from the school services department of ministry of education ,Science and technology with Ref number S/HE 326 Vol. 11/16 resting on the above subject matter hereby refers.

We use this medium to applaud the Ondo state government under the able leadership of Arakunrin Oluwarotimi Odunayo Akeredolu SAN for his laudable efforts in securing lives and properties in the state through various security agencies in the state, most especially the Amotekun corps.

Going forward, we want to state that:

(i) the proposed seminar with the theme “Tackling Insecurity in schools” is a good one and it is welcome by the Union. No time would have been better for the seminar than now.

(ii) the insecurity that tutors are battling with in schools goes beyond that of kidnappers and herdsmen, there are lots of security challenges and harassments being faced by tutors from parents of some erring students.

(iii) in the time past, the government had organised seminars/ workshops for officers across various sectors of the workforce at zero cost.

(iv) the Union in her own little way have been organising security talks for her members and students alike at no cost across the state.

(v) that the dwindling resources in schools occasioned by the irregular payment of running grants and poor PTA collections would seriously make it practically impossible for school principals to foot the payment for tutors.

(vi) the Union views the directive asking tutors to pay for attending the said seminar as very strange and unacceptable by us.

Flowing from above, we humbly request sir, that you use your good offices to prevail on the ministry of education, science and technology to organize the seminar for tutors at zero cost, this will save all of us from the embarrassment of meeting an empty hall on the scheduled date for the seminar.”

In another protest letter addressed to the Head of Service and signed by the President of All Nigeria conference of Principals of Public Secondary Schools  (ANCOPSS) in Ondo State, Mr Johnbull Mebawondu, the principals said “We use this medium to humbly express our view and concern on the issue above. From time immemorial state government has been organising professional training for her staffs at no cost for better performance.Apart from training materials, government used to provide renumeration.

Schools are now in pitiable financial condition. Getting students/parents to pay their fee is a herculean task. School heads are finding it increasingly difficult to pay PTA teachers and PTA security men.

Since they are not trained to carry weapons, people were advised to link up with security agencies in their areas.

The Theme of just the concluded state Congress of ANCOPSS is “School Administration and Security challenges in the 21st century.

The issue of security can not be overstressed but from comments and reactions of principals throughout the state,the financial aspects will stress the school system.

It will be helpful if the institute can organise it at zero cost so that more people can participate and benefit.”

Also speaking with our correspondent, one of the principals who did not want his name mentioned said “We believe the workshop being organised is meant to syphon money and get food for the boys in the government.

We are asked to pay #4,000 per participant and three participants must represent each school in all the state. That makes it #12,000 per school. If you add it together you will understand how much will be made from all despite the hardship we are facing including the era of half salary.Our leaders in ASUS and ANCOPPS have kicked against it.

Whenever those in power attend seminars, do they pay such money ? Secondly, many schools don’t have security. It is school’s PTA that employed security in many schools. The government could not pay salaries of security men in schools and they are now coming up with workshop on insecurity, do they want to give us gun ?

From the body language of the permanent secretary, she is not showing any interest in such workshop, so some people inside the government are trying to make money from us and I think that is the most unfair action coming from them at this very time when things are hard for us.

There is already fraud being carried out through in the so called digitalisation of results for students. Each Student pay #1,400 to collect results and they give us #200 per student out of the money, despite our efforts in conducting and collating all internal examinations and results. Apart from that ,students will later pay another money to check their results on the internet. That is the level of frauds some people are perpetrating within the government.

Now they are coming up with security seminar. where do they want us to be raising such money?

I also suspect they might want to apply divide and rule tactic by fixing dates for schools in every local government to be attending at different days. That’s their plans.”

Reacting through a text message, the permanent secretary, education ,science and techmolgy ministry, Mrs Lola Amuda said “The proposed workshop is being organized by PSTI and not the Ministry.

Issues raised will be addressed/ resolved during the week. No problems. Thank you.”

In an interview with our correspondent, the Head of service,
Mr John Adeyemo said efforts were ongoing to ensure that schools reduce the number of participants.

Adeyemo also debunked the allegation that the seminar was meant to enrich some people.

He said “The workshop is for security personnel in schools. We are going to give them tips on how to prevent kidnapping in schools.

We have interfaced with the unions, especially the ANCOPPS in Akure South local government. We have told them that where they can not afford four participants, they can reduce the number.

It must be collaborative efforts. It is always good when you participate both financially and physically, you will want to own the programme yourself. That is what we are encouraging them. We have equally encouraged the principals to use the PTA to sponsor one or two participants.

I know that finances of government too is dwindling. That is why we are soliciting this collaborative efforts.

It is not true that we want to use this money to empower anyone within the government. This is not the first ,second or third time that this programme has been on. It has been on for the past five years or so where they have been paying for such. It is coordinated by the Public Service Training Institute, PSTI, so that is their mandate to train schools and PTA have been sponsoring, it is not something new.

We are going to use the money to get the best experts in town and consultancy fee will be paid,they will give participants workshop papers, other items needed at the seminar to train participants. They will also provide participants menu. So it is not money making venture at all.” Adeyemo said