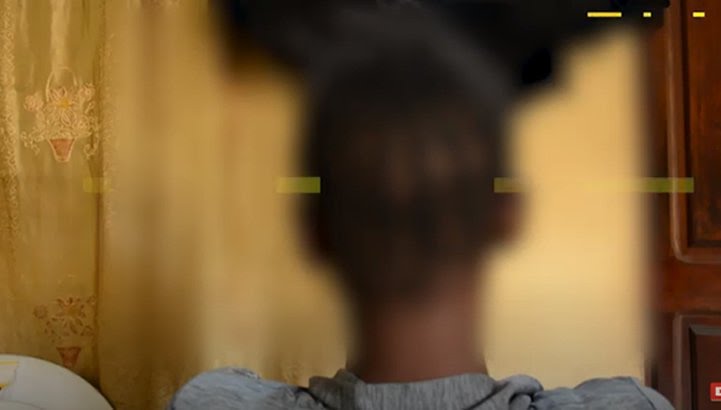 A 16-year-old girl has told an Ikeja Domestic Violence and Sexual Offences Court how her 43-year-old father, Emmanuel Odega, allegedly defiled her on several occasions.

While being led in evidence by a State Prosecutor, Ms Bukola Okeowo, the survivor said her father had sex with her since she was. 14.

The survivor said that his father told him that the “holy spirit” instructed him to have sexual intercourse with her.

“I was 14 years when the incident happened. It initially started with him touching my body. When I noticed this, I moved my body from him. I told my twin brother about it the next morning but he shunned and did not believe me.

“The next day, he had sex with me at night. I could not shout or do anything because my father threatened me.

“At that night he woke me up and told me that the holy spirit told him to have sex with me. I thought he was pulling my legs but when he realized I was not ready to submit myself, that was when he forcefully had sex with me.

He continued to do so after we moved from where we were and we relocated to Badore, Ajah area of Lagos.

“There was also a time my father had issues with his girlfriend. He woke me up and took me to the kitchen to have sex with him. I dare not make any sound because he threatened to kill me. The reason I could not tell my mother.

She said that before the incident, her mother had relocated to South Africa, noting that his father and mother communicated once in a while but they mostly ended up fighting.

She narrated that her father, who later took her and her twin brother to her girlfriend’s place in Chevron in the Lekki area to live with her, also had sex with her in her house.

She said her father had asked her to pack out of his girlfriend’s house at midnight but she objected which led to the intervention of neighbours.

“I saw him at my back at midnight telling me to pack my things that I will leave the house that day. As I was packing, I was scared he might have sex with me again so I locked the door inside.

“After some interventions from the landlord and another old man, I opened the door. He took my bag and dragged me out. It was from there I started shouting for help.

“Some boys in the neighbourhood came out and confronted him that where was he taking me to at the time of the night.

“He told them he is my father and that I will not stay in that house again. It was at that time I explained to the other old man that my father had been having sex with me for almost one year.

The survivor said the old man called the estate chairman the following morning. The man then asked if I wanted to pursue the case and I told him yes.

She said she had told her father’s girlfriend aunty Gloria in April 2021 who later got in contact with her mother on Facebook and informed her of the incident.

“The case was later reported at Langbasa Police Station in Ajah after that it was transferred to the State Command.

I later went to the Gender Police Station and they took me to Mirabel Medical Centre where various tests were carried out.

While responding to the defence counsel, Mr Buhari Momoodu, the survivor said she had once been raped before her father allegedly had canal knowledge of her.

In her response to the council if she had any quarrel with her father she said “No but he said we were not peaceful the reason he took us to his girlfriend’s place to stay.

“I always saw my father as a role model because people respect him. He always prays and sometimes, he wakes us up at midnight to pray,” she said.

Another witness, Dr Oyedeji Alagbe, a forensic examiner at Mirabel Centre told the court that he carried out a medical report on their survivor on June 28, 2021.

He said his findings showed no fresh injuries to the vagina but the examination showed that the survivor had repeated forceful vagina penetration.

Justice Ramon Oshodi adjourned the case until June 6 to continue the trial.