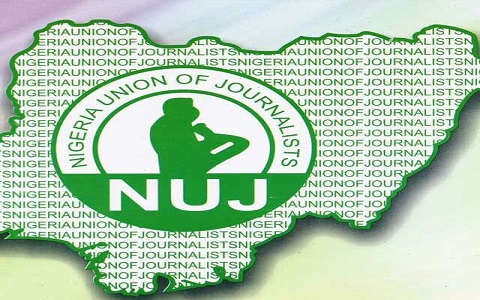 THE COMMUNIQUE ISSUED AT THE CONGRESS OF THE NIGERIA UNION OF JOURNALISTS (NUJ), ONDO STATE COUNCIL, HELD ON THURSDAY 28TH APRIL, 2022 AT THE PRESS CENTRE, PEN CRESCENT, ALAGBAKA-AKURE

_The Meeting as the first under the new Administration was presided over by The Chairman, Comrade Leke Adegbite and well-attended by members from the 11chapels while Re-introduced ONDO NUJ MONTHLY SPECIAL PRAYER was observed before the commencement of the Congress._

After extensive deliberations by members, the following decisions were taken;

1. That the Congress expresses delight with right steps so far taken by the New Executives to place the Union on the right path since they assumed office on April 8, 2022 and encourages them not to be distracted.

2. That the Congress joins well-meaning Nigerians and Stakeholders to strongly Condemn the recent Fake News by a blogger outside the Country, spreading Death Rumour about the Ondo State Governor and Ondo NUJ Grand Patron, Arakunrin Oluwarotimi Akeredolu, SAN. The Union commends media professionals in the State for deploying core-values of journalism to manage tension generated by the said fake news.

3. That the Congress assures the Public and Governor Akeredolu that journalists in the state will not relent in joining Stakeholders to fight fake news in the society, while the Union also commends the Governor for pardoning suspended Civil Servant who allegedly posted the fake news on social media.

4. That the Congress urges immediate re-constitution of the TASKFORCE AGAINST QUACKERY/FAKE JOURNALISTS to work with Security Agencies in flushing out of Ondo State non-professional journalists especially during and after the ongoing 2023 electoral process.

5. That the Congress while felicitating Workers on the occasion of this year’s MAY DAY Celebration, urges Government to give top priority to security of all and devise better strategies to improve the nation’s Economy to enable various State Governments to pay their workers’ salaries as and when due.

6. That the Congress which acknowledges giant strides of the Ondo State government in roads construction, appeals to the State Ministry of Infrastructure, Lands and Housing to pay special attention to the completion of ongoing road projects and rehabilitation of feeder roads within Akure metropolis as rainy season returns.

7. That the Congress which expresses concern over terrible condition of Akure-Ado Ekiti Highway, calls on the Minister of Works and Housing, Mr Babatunde Fashola to mobilise contractors back to the site. The Union also appeals to Governors Kayode Fayemi and Oluwarotimi Akeredolu as well as the Minister of State for Niger Delta Affairs, Senator Tayo Alasoadura and the National Assembly Members from Ondo and Ekiti States to mount pressure on the FG to fix the road in the interest of the people who suffer on the road daily.

8. That the Congress frowns at the abandonment of governance across board as a result of political activities of 2023 general election, urging urgent resolution of the prolonged ASUU Strike to prevent University students from engaging in social vices that can destroy their future.

9. While applauding the New Commander of 32 Artillery Brigade of Nigerian Army, Owena Cantonment Akure for returning Military Checkpoints to beef up security in Ondo State; the NUJ Congress pleads with Security Operatives to monitor increasing activities of Scavengers at neighbourhood in Ondo state especially in Akure as they now constitute security threat to many Residents.